A person struggles, then panics, gasping for air but unable to get any into the lungs — as if “I were trying to breathe air underwater” or “an elephant is sitting on my chest.”

Those are the most common analogies cited for what a severe asthma attack is like. A new $61 million study by led by researchers at the University of North Carolina at Chapel Hill will try to identify more effective treatments for such attacks and will do so by combining two important tools — precision medicine and “big data” analysis. 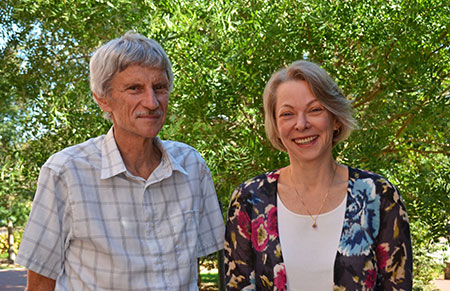 The study, funded by the National Heart, Lung and Blood Institute (NHLBI), was awarded to Ivanova under the auspices of the Collaborative Studies Coordinating Center (CSCC), which is housed in the Gillings School’s Department of Biostatistics.

Severe asthma affects nearly 10 percent of people worldwide, and despite currently available treatments, the condition remains poorly controlled for many patients. The NHLBI study and clinical trials will support a personalized medicine approach to identify new therapies for severe asthma, tailored to an individual’s disease and treatment history. “People with severe asthma have trouble breathing almost all of the time and experience frequent, debilitating attacks,” Ivanova said. “It’s not only frightening; it can be deadly.”

Ivanova noted that her son has a light form of asthma.

“I can only imagine what patients with severe asthma go through on a daily basis,” she said.

Ivanova and her colleagues hope to reduce these episodes with an innovative new, large-scale study that will select patients and their treatments based on biomarkers.

“In addition to using specific biomarkers to pair patients with specific treatments aimed at those biomarkers, our study will allow changes to therapies as new data is gathered,” Ivanova said. “So, if a patient is not doing well on his or her current therapy, it will be possible for the patient to switch therapies in the course of the trial.”

There also will be extensive data collection during the clinical trials to help further refine treatments, not only for the study participants, but also for others with similar or identical biomarkers. Ten medical centers across the United States have been approved by the National Institutes of Health (NIH) to conduct the trials.