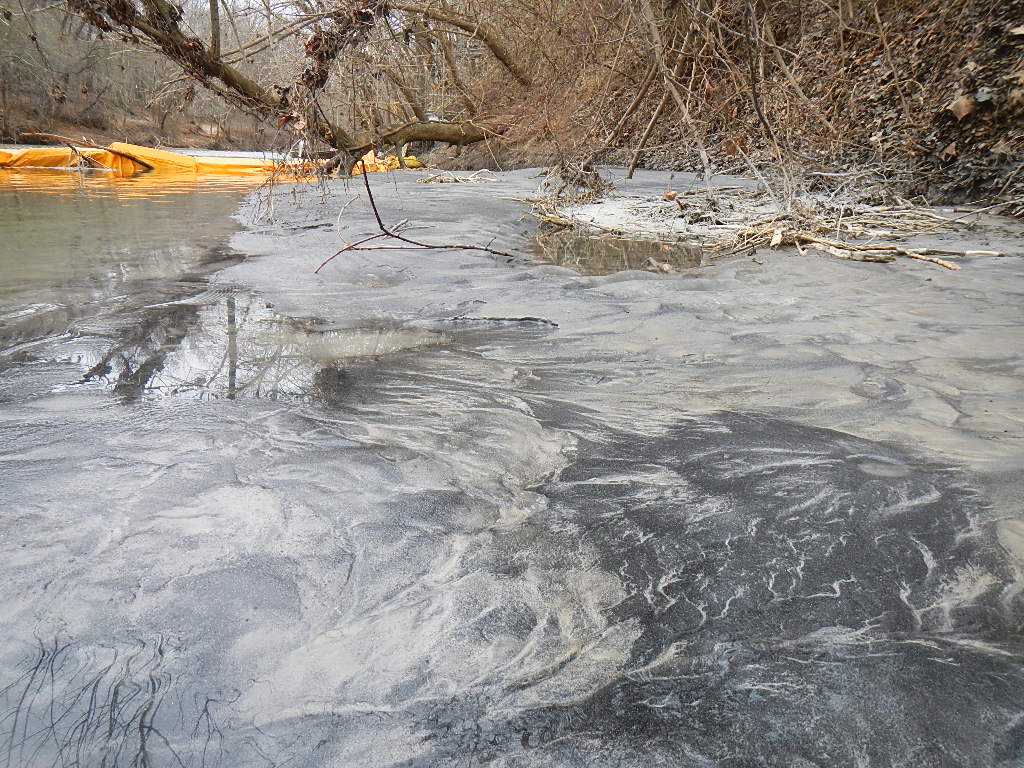 On February 2, 2014, what has become one of the largest coal ash spills in the nation’s history started in Eden, NC, at a Duke Energy containment pond on the banks of the Dan River. By the time the spill was stopped, between 50,000 and 80,000 tons of toxic coal ash had spilled into the Dan River and lined the banks of the river for 70 miles downstream from the spill site.

UNC Superfund Research Program (SRP) scientist Dr. Damian Shea is now coordinating with state and federal regulatory agencies to help answer important questions about the type and amounts of toxic chemicals present in the coal ash, enabling regulators to better assess potential risks to communities along the river. The UNC SRP researches how hazardous chemicals impact human health and the environment, developing better ways to detect chemicals in the environment, clean up contaminated sites, and minimize human and environmental risks due to exposure.

Shea and his lab team at NC State University are currently working with the US Fish and Wildlife Service, US Environmental Protection Agency, NC Department of Environment and Natural Resources and NC Department of Health and Human Services to collect and properly store samples of coal ash, water, bottom sediments, and organisms such as fish and mussels from a number of sites along the river so that they may be analyzed in the lab.

What chemicals are present?
The rate at which toxic pollutants are released from the coal ash into surrounding water is highly variable and determined by the composition of the coal ash source.

Using passive sampling devices, which remain in the river for 30-day intervals, Shea is assessing the amounts of some of the chemicals people may be exposed to over a longer term and the percentage of those chemicals that are bioavailable, or able to be taken up into an organism. These devices do not measure metals, but will allow scientists and regulators to better understand what other chemicals like PAHs may be of concern.

Human and wildlife impacts
Given the likely composition of the coal ash, reducing residents’ exposure to arsenic is a major concern, particularly from eating contaminated fish that have may accumulated arsenic in their bodies. There is also potential for arsenic to enter groundwater and for people who use private wells to be exposed through their drinking water.

Fish are also highly sensitive to selenium, which harms developing fish embryos. In other spills where high levels of selenium have been present in the water, fish populations have been markedly reduced following high levels of exposure.

Kathleen Gray, one of Shea’s SRP colleagues and an associate director in the UNC Institute for the Environment said, “One of the goals of our program is to apply university resources to help governments and the public make informed decisions about reducing risk from hazardous chemicals. Damian’s sampling and analysis is serving a critical need for information on how this contamination may affect health in the future.”

Shea’s work is supported in part by the UNC Superfund Research Program under grant #P42ES005948 from the National Institute of Environmental Health Sciences.