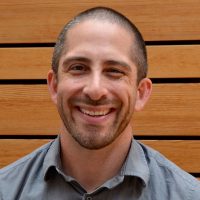 The McGavran Award for Excellence in Teaching honors Edward G. McGavran, MD, MPH, dean of the UNC School of Public Health from 1947 to 1963 and a proponent of “hands-on” field training for public health students. First given in 1975, the award recognizes career-long excellence in teaching by a faculty member at the UNC Gillings School of Global Public Health.

Teaching, in this context, is broadly defined and includes activities inside and outside classroom settings (e.g., teaching-related administrative roles and innovative developments in teaching methods and materials).

This award comes with a $1,000 prize. The recipient may use the funds in any way that enhances their ability to teach and support students.

Eligibility is restricted to full-time faculty in the School. Past recipients of the McGavran Award (see below) are not eligible.

The Awards Committee seeks evidence of accomplishment in teaching quality and accomplishment sustained over a career. Factors to be considered when deciding the recipient of the McGavran Award include the following:

The record of a strong candidate for the McGavran Award should contain examples of innovation, leadership, impact and excellence in teaching both inside and outside the classroom. Evidence may include, but is not limited to:

The record of a strong candidate should include evidence of a substantial number of students positively influenced by the nominee. Examples relevant to this criterion may include, but are not limited to:

Gillings faculty, staff, students and alumni may submit a nomination online via Qualtrics survey. Please include a brief supporting statement (1-2 pages) that addresses the above criteria and a link to the CV for the person whom you are nominating. The deadline for submitting your nomination is Friday, February 24, 2023, 11:59 p.m. EST.

A committee will review all nominations received and will prepare a recommendation to the dean, who will make the final selection. The associate dean of academic affairs will deliver the award at the School’s spring commencement.