The views expressed in this message are Dean Barbara K. Rimer’s alone and do not represent the views and policies of the University of North Carolina or the Gillings School.

This updated version corrects a prior misstatement regarding the number of abortions performed in the United States and addresses some readers’ concerns about the original message from June 24. Thanks to the careful readers who pointed out the error and to those who expressed their concerns.

With its decision to overturn Roe v. Wade — which held that women* in the U.S. had a fundamental right to choose whether to have an abortion without excessive government restriction — the Supreme Court set the clock back 50 years.

I recognize that, as I make this statement, there are those in our community who support the Supreme Court ruling. That is their right, and I respect the differences between people on the issues of abortion and reproductive rights. However, this is not and should not be an issue of politics. Abortion has never been the province of one party alone. And, when it comes to personal decisions, people have made choices that transcend party, religion, region and other factors. That is as it should be.

Self-determination over one’s body is a basic tenet of public health and enabling people to make choices about whether to end the medical condition of pregnancy is an integral part of that. Abortion is a part of the full complement of reproductive health services. The World Health Organization underscores this tenet by including comprehensive abortion care in its list of essential health care services. Bearing a child should be a personal, private, individual choice and should not be mandated by government. Ending a pregnancy certainly should not be criminalized.

In 2020, more than 930,000 women in the U.S. had abortions. Today’s Supreme Court ruling will make some abortions impossible or unlikely, depending on where in the U.S. a pregnant person lives, their number of weeks of gestation and other factors. State-level restrictions have escalated significantly over the past several years, with states such as Texas passing legislation that makes access to abortion care very difficult.

.
These regional inequities are compounded by severe racial and income inequities in access to comprehensive, high-quality family planning as well as pre- and post-natal care.

Recent research has demonstrated harmful impacts for those in the U.S. who are denied abortions (Scientific American, December 22, 2021). Those who are denied an abortion are more likely to be poorer in the coming years, to suffer deleterious health effects, including death, and are less likely to complete their education.

The U.S. already has double to triple the maternal mortality rate of many of our high-income peer nations such as France, Canada and the United Kingdom; and the mortality rate for Black mothers is nearly three times that of white mothers. We are likely to see these inequities deepen as a result of today’s ruling. 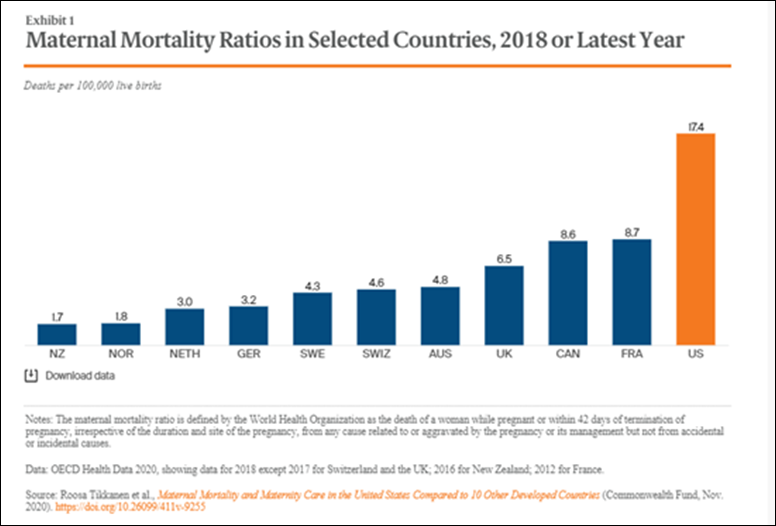 .
As reported in Scientific American, the Turnaway Study recruited nearly 1,000 women seeking abortions at 30 facilities in 21 states in the U.S. from 2008 to 2010:

“The study found that, compared with women who received an abortion, those who wanted the procedure but were denied it fared worse in numerous aspects of their lives, including financial situation, education, and physical and mental health.”

The Supreme Court’s decision will increase health and other inequities in the U.S.

With commitment to equitable health care for all,

*We recognize that some pregnant individuals or others seeking reproductive health care may not identify with the term ‘women.