Genetics may determine different clinical outcomes for individuals with atherosclerosis

Newly published research suggests the genetic origins of certain pre-clinical markers of atherosclerosis, such as a thickening of the arteries or accumulation of plaque, may play a role in which clinical outcomes individuals may experience as a result of the disease. 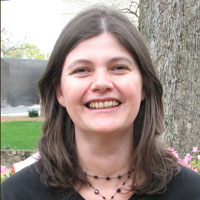 The team analyzed genome-wide association studies (GWAS) in 71,128 individuals for carotid intima-media thickness (cIMT) and 48,434 individuals for carotid plaque traits. Both cIMT and carotid plaque are preclinical measures of atherosclerosis, a hardening and narrowing of the arteries which restricts blood flow and can result in heart attack or stroke.

The team also conducted colocalization analyses of the genetic variants as found in GWAS with gene expression (eQTLs) in tissues affected by atherosclerosis and related them to a clinical outcome experienced as a result of atherosclerosis, such as heart attack or stroke.

The team found that the genes showed evidence of colocalization for both cIMT and carotid plaque in aortic and mammary tissues impacted by an atherosclerosis event, and there was tissue-specificity for some genes and clinical outcomes of heart attack or stroke. Both cIMT and carotid plaque had positive significant genetic correlations with coronary heart disease, though the correlation was twice as strong for carotid plaque. There was also strong evidence of a genetic correlation between cIMT and stroke, suggesting the genetic origins of both conditions may determine whether an individual experiences one or the other.

“We used gene expression in tissues that are affected by atherosclerosis, vessels such as the aorta and mammary arteries, to find the gene or genes underlying the associations, and their effect on clinical outcomes,” said Franceschini.

Linking the genetic origins of atherosclerosis and the clinical outcomes that present in humans, and identifying the loci in which these genes present, can lead to more targeted therapies for these conditions in the future.

“The research can help us find the process that leads to a clinical disease before it manifests,” she said. “We were looking for genetic factors that contribute for these two not-yet-clinical measures to determine whether there was a correlation. By knowing the biology of a condition, we can develop specific targets to treat that condition.”

Franceschini said the study was the largest to date on this topic, with research conducted widely across both the United States and Europe.