In February, researchers from the UNC Superfund Research Program (SRP) presented results of the final phase of an 18-month-long pilot study about well-water contamination to community members in North Carolina’s Stokes and Wayne counties. Members of SRP’s Well Empowered research team had worked to identify toxic metals contamination in private wells and had engaged with communities in the state to determine affordable, evidence-based solutions to reduce exposure to these contaminants.

Following the Dan River coal ash spill in 2014, community leaders in several N.C. counties had contacted the UNC SRP when state-required tests of wells within one-half mile of coal ash basins revealed elevated levels of arsenic, manganese, cobalt and other contaminants in wells in Stokes, Wayne and other counties. Community leaders in these counties asked the UNC SRP to help them understand potential exposure and associated health risks. 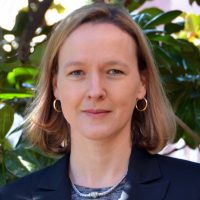 In response, Rebecca Fry, PhD, director of the UNC SRP and Carol Remmer Angle Distinguished Professor of Children’s Environmental Health at the UNC Gillings School of Global Public Health, established an interdisciplinary team. The group featured researchers from UNC SRP’s biomedically-focused “Project 2,” led by Fry, along with environmental science expertise from Duke University’s Avner Vengosh, PhD, professor of earth and ocean sciences, and the Duke Environmental Stable Isotope Laboratory.  The UNC SRP Research Translation Core, led by Kathleen Gray, MSPH, rounded out the team to facilitate science communication and community engagement on the Well Empowered project, which officially began in fall 2016. It was funded as part of the UNC SRP’s center grant from the National Institute for Environmental Health Sciences (grant #P42ES005948).

Members of the research team worked with community groups, led by the nonprofit Appalachian Voices, to develop a three-phase pilot study. The pilot was part of a long-term prevention and intervention strategy to inform residents that their well water may be contaminated by toxic metals and to encourage residents to test their private well water.

“We pursued this partnership with UNC because we need data,” said Carolina Armijo, a community leader in Stokes County.  “We have all of these community stories, and we wanted trusted, objective data that informs us about toxic metals, particularly whether those metals are in our water, and provides us with practical advice about how to stop the exposure and prevent illnesses.” 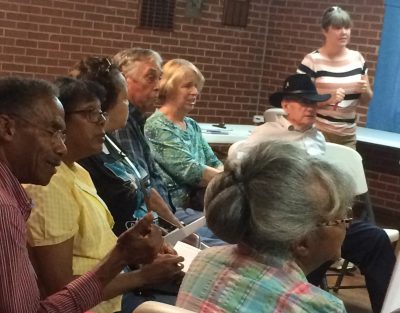 Community members in Stokes County share their concerns with the UNC Well Empowered team about contamination of their well water from toxic metals.

In Phase I, staff members in the SRP Research Translation Core developed a survey – in partnership with community-based organizations, a statewide coalition of impacted communities and local residents – that would help them better understand existing community knowledge and beliefs related to well water contamination.

Community partners worked with SRP Research Translation Core staff to survey more than 130 local well owners in Stokes and Wayne counties in 2016 and 2017.  Researchers learned that a majority of residents had not tested their well water, for reasons including 1) residents’ not knowing whom to contact to have a test conducted, 2) their not knowing that well testing was necessary, and 3) cost.

Input from community partners was integral to the process used by UNC SRP to develop a sampling plan for Phase II, in which the research team collected and analyzed water and soil samples for inorganic metal contaminants. 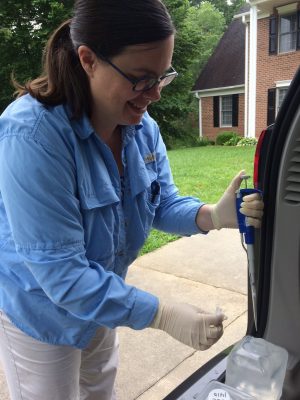 In direct response to community feedback, a “first draw” sample was included in the plan. Such a sample, a one-liter container of tap water that has been motionless in the plumbing system for at least six hours and is collected without flushing the tap, allows investigators to examine potential metals exposure from the home plumbing system. The communities also requested soil sampling, to determine whether produce from gardens watered with well water also could be a source of exposure to toxic metals.

“UNC’s commitment to community engagement and bi-directional planning helped build trust with our community partners,” said Andrew George, PhD, community engagement research associate with SRP. “Through direct participation of residents from the impacted community, we were able to incorporate additional dimensions into the research design to address questions of particular importance to the community.”

The Well Empowered team, including Martha Scott Tomlinson and Paige Bommarito, both UNC doctoral students in environmental sciences and engineering at the Gillings School, traveled to the homes to collect well water, kitchen tap and soil samples. The residents collected first-draw samples from their kitchen taps and gave them to the research team during the home visit.

Kitchen tap water samples were brought to UNC for analysis, in the Biomarker and Mass Spectrometry Lab, of inorganic metal contaminants; well water samples were analyzed in the Duke University Environmental Stable Isotope Laboratory for metals and to “fingerprint” potential sources of contamination. Soil samples were analyzed, by arrangement with the Environmental Protection Agency, at the EPA National Exposure Research Laboratory, using approved methods for determining concentrations of arsenic, cadmium, lead and manganese in soil.

Once results were available, researchers developed informational packets to share individual analyses with residents, using best science communication practices to ensure that the information was easily understood by those receiving it.

Fry presented aggregated water and soil sampling results in each of the participating communities, allowing residents to position their individual results within the context of the community. The research team was present at these meetings to clarify results for any study participant who asked for additional information.

An evaluation of communication materials revealed consensus among participants that the combination of written and oral presentations of the findings helped them better understand any  threats to their health related to well water and soil contamination. In Phase III, the research team focused upon finding evidence-based and affordable solutions to help residents reduce their exposure to contaminants in their well water.  Residents whose well water had tested in Phase II for high levels of arsenic or lead were provided pitcher filters that previously had been shown in laboratory tests to filter arsenic from water. At a cost of between $40 and $50, these pitcher filters are relatively affordable, compared to the expense of a whole-house treatment system, which might cost hundreds or thousands of dollars.

The project team sampled kitchen tap water before and after it flowed through the pitcher.  Analysis of the samples, conducted at UNC-Chapel Hill, revealed that the pitcher was effective in removing arsenic and other harmful contaminants, such as lead, to levels well below the EPA’s maximum contaminant levels allowed in drinking water systems.

“We were thrilled to find that the pitcher filters used in this pilot study performed as well in real-life conditions as they did in laboratory conditions, providing a more affordable way for residents to minimize their exposure to harmful metals in their drinking water without having to rely on bottled water,” Fry said.

Additional pitcher filters, provided by funds from Fry’s Carol Remmer Angle Professorship, were distributed at the February meetings to any study participant found to have elevated levels of other contaminants that could be reduced with use of the pitcher.

“By empowering these communities to better understand newly discovered hazards in their wells,” Gray said, “they have been able to take preventive steps to protect their most vulnerable members from these hazards, in often-underserved areas of North Carolina.”