New research published in Nature Communications provides insights into how cirrus clouds form, with implications for agriculture, urban development and climate-change predictions. The study shows that trees and plants play an important role that affects precipitation and global climate change.

An international team combined theory, field measurements and lab experiments to develop a better understanding of the formation of clouds. 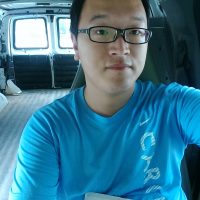 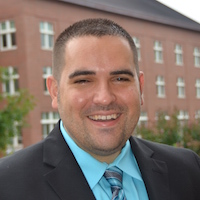 “[Cirrus] clouds have an effect on climate and precipitation — things we humans care deeply about,” said Daniel Cziczo, PhD, the paper’s senior author and professor and head of Purdue University’s Department of Earth, Atmospheric and Planetary Sciences. “This paper tells us how particles in the atmosphere, whether from natural or human-made sources, can impact clouds in a way that we previously didn’t understand.”

“For this study, our group [at UNC] provided expertise in atmospheric oxidation chemistry of isoprene yielding these particles that help to promote ice-nucleating particles,” Surratt explained. “Specifically, we chemically characterized the particles collected from the field for these chemical constituents. This means we provided the direct chemical evidence that atmospheric processing of isoprene, which comes from trees, yields particles that play a role in cirrus cloud formation. This is important because isoprene makes particles in the presence of anthropogenic sulfur dioxide emissions.”

Scientists knew that particles in the air from smoke and auto emissions would influence the creation of clouds, but the new research spotlights the importance of volatile emissions from plants and organic material, which the scientists call “secondary organic aerosols.”

“This data will help us better predict how activities such as deforestation or reforestation will affect the world’s climate, because these secondary organic aerosols are derived from plants,” Cziczo said. “If the levels of these organic aerosols change, we’ll now have a better understanding of what effects this will have and be able to use this information in global climate models.”

The paper co-authors were able to take data supplied by other researchers and use it to create cirrus-like ice clouds in Cziczo’s Purdue laboratory. Then, they analyzed the results using a specialized spectrometry instrument.

“Everybody’s heard of greenhouse gases and global warming, but I don’t think many understand that clouds are a big player in climate change, too,” Cziczo said. “The clouds also affect precipitation, which has an obviously large role in agriculture and human activities.

The cloud-formation mechanism described in the journal paper highlights the intricate interplay between human activities, the environment and natural resources, such as rainfall.

“If our water resources change dramatically, that has huge consequences on our food production, land and resource utilization, things like that. So, we’re really trying to understand both the water cycle and climate from the perspective of the atmosphere,” Cziczo said.

The science of clouds extends beyond what we see in the sky above us, and the same chemistry and physics are at work in clouds on other planets.

“It does snow on Mars, and Mars has clouds,” he added. “We’ve used some of our laboratory equipment that we use to understand clouds on Earth and adapted them to Martian conditions or conditions on Saturn’s moon Titan using data from probes.”

This story originally was posted by Purdue University.