The impact of anxiety and alcohol dependence on HIV therapy: New findings from Vietnam

People living with HIV experience depression and anxiety at high rates, which can contribute to gaps in antiretroviral therapy (ART) that ultimately lead to poorer health. Hazardous use of alcohol can make people with HIV more vulnerable to mental health challenges and, according to new research from the UNC Gillings School of Global Public Health, create an even greater barrier to consistent therapy.

Published recently in the Journal of the International AIDS Society, a study of people living with HIV in Vietnam suggests that depression and anxiety can lead to lower rates of ART adherence. Alcohol dependence can worsen the negative effects of anxiety in a synergistic manner, further contributing to poor ART adherence. 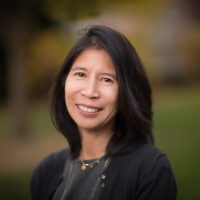 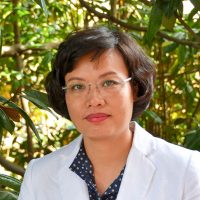 Go and Ha lead a UNC-established site that, for years, has been studying effective prevention and treatment of HIV in Vietnam. The findings in this publication are part of a supplementary analysis of data from a study by Go and Ha that examined the relationship between alcohol and viral suppression (VS) in people with HIV in the Thai Nguyen province of Vietnam.

“In Vietnam, alcohol is accessible and affordable, and excessive alcohol consumption is common during social and business gatherings,” the study team wrote. They noted one recent study among 1016 people living with HIV in Vietnam in which 30 percent of participants reported hazardous alcohol use. “Vietnamese people living with HIV are also commonly affected by mental health disorders such as depression and anxiety,” they wrote.

In particular, they found that anxiety symptoms had a significantly higher negative impact on ART adherence among those with alcohol dependence.

The findings underscore the importance of public health strategies that integrate mental health care and alcohol reduction into care for people with HIV.

“Mental health services such as screening, counseling or medication treatment are very important in improving HIV outcomes for people living with HIV, especially those with hazardous alcohol use,” said Nguyen. “Future interventions for this vulnerable group have a special focus on mental health, and optimal models combining mental health care and alcohol reduction should be implemented and tested in HIV primary care clinics in low-resource settings.”

The team also plans to use the data from Go and Ha’s study to test the impacts of these alcohol reduction interventions on depression and anxiety symptoms among participants, as well as the mediation role of alcohol use.