Scientists from the University of North Carolina at Chapel Hill’s Gillings School of Global Public Health have joined with a collaborative of international researchers to explore whether and how smoking tobacco may alter one’s genetic susceptibility to obesity and distribution of body fat.

Their findings, published April 26 in Nature Communications, suggest that smoking can and does produce such genetic changes – and that more research should be focused upon discovering specific interactions among genes, obesity and environmental exposures. 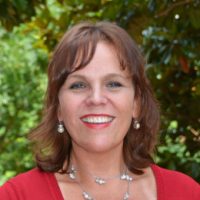 Cigarette smoking and obesity, especially around the waist, are two important risk factors for many chronic diseases and are therefore leading causes of preventable death. However, compared to nonsmokers, cigarette smokers often weigh less but have higher waist circumference. It may be that tobacco suppresses appetite – or conversely, that smoking increases metabolism. At any rate, the authors write, identifying genes that influence obesity and interact with smoking may help researchers determine how smoking influences weight and waist circumference.

“Of great interest,” North said, “is that our study findings illuminate mechanisms by which genes may influence addictive behaviors and responses to stress.”

Using data from 51,080 current smokers and 190,178 nonsmokers, collected in the Genetic Investigation of Anthropometric Traits (GIANT) Consortium, the researchers identified 23 novel genetic loci that influence body mass index (BMI), waist circumference and waist-to-hip ratio. Nine of those appear to have different effects in smokers, including genes involved in appetite and glucose regulation and metabolism of macronutrients.

The research team found that smoking may increase genetic susceptibility to being generally overweight but reduces the genetic effects on body fat distribution, i.e., can cause smokers to have larger waistlines. Smoking also increases general inflammation in the body and therefore could increase weight gain.

“We identified more than 150 genetic loci associated with obesity-related traits, 23 of which were undiscovered when smoking was not considered,” North said. “This highlights the importance of considering both genetic and behavioral factors when trying to understand disease risk.”

The authors call for the discovery of more genetic loci so that researchers might better understand the complex relationships between smoking, obesity, heart disease and individual genetic variations.

“For those genetic loci that display specific effects in smokers,” Justice said, “we can see that these genes may have real-life influence over weight, especially around the waist. For example, the waistline- increasing variant near the gene PRNP can lead to a difference of almost 2 cm in waist circumference for a woman who smokes. (This particular variant does not seem to have an effect in men.) For a woman of average height, this could mean the difference of one pants size.”