New research led by UNC Gillings School of Global Public Health students and faculty has mapped global ground-level ozone concentrations by year using a data fusion. This is the first time this method has been applied to ozone observations globally.

The findings were used by the Global Burden of Disease 2019 (GBD2019) study, which estimated that about 365,000 people around the world died in 2019 from exposure to ozone pollution.

The research, published online March 8 by the journal Environmental Science & Technology, used the largest compilation of ozone observations ever produced and estimates from nine global atmospheric models. By doing a data fusion, the research team was able to combine these different sources of information and make use of the advantages of each. 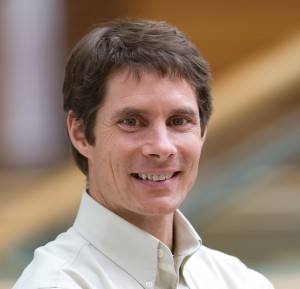 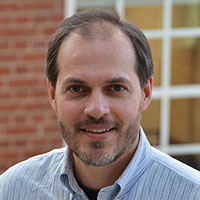 Graduate students Marissa DeLang, MSEE, and Jacob Becker, who will graduate in 2021 with a Master of Science degree, led the study. Both students were advised by Jason West, PhD, and Marc Serre, PhD, faculty members in the Gillings School’s Department of Environmental Sciences and Engineering.

They collaborated with Kai-Lan Chang, PhD, and Owen Cooper, PhD, both with the University of Colorado and the National Oceanic and Atmospheric Administration, and Martin Schultz, PhD, of Germany. Cooper and Schultz chair the global compilation of ozone observations, and other co-authors from around the world provided additional ozone measurements and model estimates.

“This was a difficult project, in part because of the large amounts of data involved,” said West, “but also because ozone measurements are lacking in so many important world regions with severe air pollution and high population.”

The team used the Bayesian Maximum Entropy methods that Serre previously developed over many years.

“Where we are close to an ozone monitor, we use that monitored value. Far from any monitor, we use the bias-corrected model estimates,” said Serre. “Our methods provided a smooth integration of these two types of data in both space and time.”

The team used ozone observations from more than 8,800 sites around the globe and output from nine different global atmospheric models. They produced annual maps of ozone concentrations for every year from 1990 to 2017, at a spatial resolution of 0.1 degrees, which is about 10 kilometers.

The GBD2019 study investigated the causes of disease and death on a global scale. That study, which included members of this research team as co-authors, found that three air pollution factors together — ambient fine particulate matter (known as PM2.5), ambient ozone and indoor air pollution from solid fuel use — caused about 6.7 million deaths globally in 2019.

That’s roughly one of every 8.3 deaths.

Air pollution was the most important environmental risk factor for global health, and it ranked fourth overall behind high blood pressure, tobacco use and dietary risks.

The study also showed that global human exposure to ozone has been increasing since 1990, despite reductions in some countries — like the United States. The overall uptick is driven by the rapid ozone increases in highly polluted regions of Asia and Africa.

“Important challenges remain to effectively reduce air pollution and improve public health in the most polluted cities in the world,” said West. “We were proud to support the important work of the Global Burden of Disease 2019 study, and we hope that others will find our work useful for atmospheric science, epidemiology or studies of the ecosystem impacts of ozone.”

This research was funded through West’s membership in NASA’s Health and Air Quality Applied Sciences Team.