The number of people worldwide who have been forcibly displaced has doubled since 1998. Today that number stands at an estimated 70.8 million people, including refugees, asylum seekers and internally displaced persons (IDPs) who have been affected by things like violence, persecution or natural disasters. These forcibly displaced people face a number of environmental health challenges which, according to new findings from researchers at the UNC Gillings School of Global Public Health, can vastly differ depending on the response by the countries that host them. 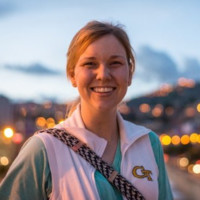 In order to identify strategies to prevent these deaths, previous reviews have studied interventions for water, sanitation and hygiene (WaSH). But to-date, there has been little research done on the broader effect of environmental health conditions. In addition to WaSH, this could include population density and crowding, vectors (biting insects that carry disease), drainage, energy access, exposure to weather and air quality.

A team of researchers from the Gillings School, led by Brandie Banner Shackelford, MSPH, of the Department of Environmental Sciences and Engineering’s Water Institute, completed a systematic scoping review of published literature on environmental health in the first six months of displacement. 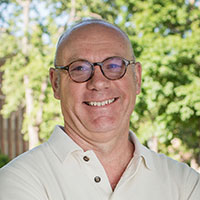 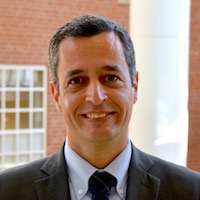 The results of the review, published recently in Science of the Total Environment, uncovered significant gaps in data surrounding the environmental health challenges faced by displaced populations. Most literature examined in the review focused on refugee populations and those living in camps, but this is only a fraction of the total displaced population worldwide. People who have been displaced while seeking asylum, fleeing home but remaining within a home country’s borders or living outside of a camp have been largely overlooked in studies to-date.

Despite the availability of universal guidelines for aid provided by Sphere, a global group founded to improve the quality of humanitarian work during disaster response, host governments and organizations adapted a wide variety of environmental health standards for displaced populations. Many of these standards were not as thorough as the Sphere standards, which account for a variety of other environmental health factors beyond WaSH. Some standards lacked consistency in the ways they were measured or enforced.

The research team used the Sphere standards as a baseline of comparison for environmental health factors and concluded that no standard less rigorous than Sphere’s should be applied in response to widespread emergencies. When interventions are viewed through the lens of environmental health, they often reveal how WaSH needs are holistically related to other environmental factors.

“For example, without energy access families are unable to practice good food hygiene or boil their water,” the study noted.

Designing strategies to protect these vulnerable populations requires understanding that access to a clean environment is a human right. Emergency situations can affect anyone around the world, and deaths from preventable diseases can be reduced with the adaptation of more robust and consistent humanitarian response strategies.