Creating a legacy for Jamie 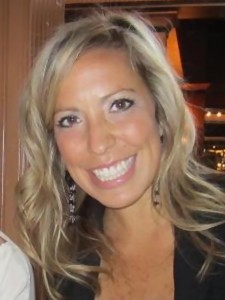 Growing up in Greenville, N.C., Jamie seemed to have drawn all aces — head, heart, hands and hope. Many who knew her well called her an inspiration, “the best friend you could have.” She was the first to call on birthdays or send handwritten thank-you notes; she was everyone’s problem-solver. She ran marathons, was a “health nut,” disciplined herself in gymnastics and dance. When her parents returned home after leaving their only child to start college at Carolina, they found Jamie’s note under their pillows: I love you so much and appreciate all you have done for me.

In 2002, Jamie, a bright and dedicated scholar, earned a Bachelor of Science in Public Health in nutrition from the Gillings School of Global Public Health and won the department’s Joseph Edozien Outstanding Undergraduate Award. Along the way, she began a sales career she loved and was recently awarded a promotion. Last year, she looked forward to moving from Anna Maria Island, Fla., to Dallas.

His name isn’t important. They had dated several years — much of it rocky and riddled with verbal and emotional abuse. Her parents knew there was no physical abuse — Jamie had told them she would never tolerate that from anyone — but her limitless compassion made her vulnerable and caused her to stay with him longer than she should have.

“We were so proud that she had the courage to leave and had begun to live a happier life,” her parents recall.

In September 2012, three months after the breakup, the man returned, this time with a gun. He killed Jamie, then killed himself.

Since last fall, Ron and Jan Kimble have armed themselves with statistics. One in four women is a victim of domestic violence during her lifetime. Four people in the U.S. die every day because of it. Seventy percent of the violence occurs after the victim has ended the relationship. The problem affects everyone, without regard to income, ethnicity or social status, but 85 percent of the victims are women. Jamie (center) with her mom and dad (Contributed photo)

In an extraordinary show of grace, the Kimbles want to focus on Jamie’s legacy rather than their own terrible grief. Their plan is to develop a network of ways to address and end the violence — from educational programs to changes in the judicial system that will identify and punish perpetrators to the establishment and support of women’s shelters to political action nationwide.

Their name for the gift to Jamie’s alma mater reflects their pride in her for having the courage to leave. Now, they want to help others leave and live.

The Jamie Kimble Scholarship for Courage will be awarded annually to a nutrition or other UNC public health student, preferably one whose life has been affected by domestic violence or who is committed to preventing it. Learn more at giving.unc.edu/gift/sph.