Something was wrong in Iredell County. From 1995 to 2016, the rate of thyroid cancer was more than double the expected rate for the entire state.

Now, a new report released by the N.C. Thyroid Panel offers recommendations for the top-priority research needed to understand the alarming patterns and potential causes of thyroid cancer in the state.

The full report and a summary are available online.

Occurrences of thyroid cancer have been rising globally and in North Carolina since the mid-1990s. The causes of the disease are poorly understood, with the only known risk factors being childhood exposure to ionizing radiation and obesity. Researchers suspect that some of the increase in diagnosis may be due to medical surveillance and incidental detection, but they also are working to identify possible causes of the elevated rates in Iredell County by examining potential radiation exposure and coal ash.

In spring 2019, the UNC Lineberger Comprehensive Cancer Center convened a panel of expert scientists and other stakeholders to identify research needs related to thyroid cancer in the state. The panel reviewed scientific publications and considered input from a community meeting held in Iredell County and a related online comment portal. 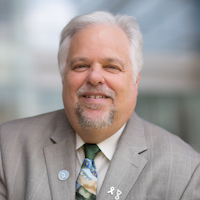 “Our goal,” he says, “was to advise on what it would take to investigate the cancer patterns in the state, and parse through multiple competing explanations for those patterns.”

Ultimately, the report recommends ten areas for further research on thyroid cancer, including: Developing an N.C. thyroid cancer patient study to gather new information on factors that might influence development of the disease; examining patterns of health care utilization; conducting geospatial analyses of cancer cases to determine if there are other increases in thyroid cancer across the state; and communicating with epidemiologists in other states where similar trends have been documented.

“Researchers at UNC and Duke University, along with county and state health officials and other stakeholders, currently are prioritizing research recommendations to develop short- and mid-term action plans,” Olshan commented. “This work provides an illustration of the challenges in determining the causes of unusual patterns of disease, as well as the necessity and strengths of ongoing partnership between academic institutions and local and state public health organizations.”