Antibodies derived from patients who survived Dengue fever can be used to fight the Zika virus now and potentially open the door for the development of a Zika therapeutic treatment in the not too distant future.

Those are among the findings of a new study led by researchers at the University of North Carolina’s Gillings School of Global Public Health.

The researchers found that human monoclonal antibodies derived from patients who had survived Dengue fever, as well as those derived from survivors of Zika virus infections, neutralized the Zika virus in cell cultures, creating a protective effect.

“In essence, a therapeutic treatment using antibodies derived from selected Dengue and Zika virus survivors would protect pregnant women and others from contracting the Zika virus if they came in contact with it,” said the study’s principal investigator, Ralph Baric, PhD, professor of epidemiology at the University of North Carolina’s Gillings School of Global Public Health.

The finding is potentially a major advance as currently there is no therapeutic treatment or vaccine for Zika. In addition, therapeutic antibodies generated from people infected with Dengue would be less likely to cause complications in patients infected with either virus. The treatment would not create a lifelong immunity but would be an effective short-term tool to prevent infections from the current strains of the Zika virus during an outbreak.

The study, titled “Dengue Virus Envelope Dimer Epitope Monoclonal Antibodies Isolated from Dengue Patients Are Protective against Zika Virus,” was published in the July/August issue of mBio, the journal of the American Society for Microbiology. The study’s first authors are a senior research staff member and a postdoctoral researcher from Baric’s lab at UNC Gillings, Jessica Plante, PhD, and Jesica Swanstrom, BS. Zika virus has been known since 1947, but rarely studied since human disease cases and outbreaks were rare; then, something changed. First seen in an outbreak in Micronesia in 2007, Zika made its presence known throughout the world after surfacing in Brazil in 2015, causing concern for the 2016 Olympics. Outbreaks have since been reported in 46 countries. The virus is associated with severe neurological birth defects and fetal loss in pregnant women and the onset of Guillain-Barre syndrome in some adults.

Baric and his fellow researchers tested a large panel of monoclonal antibodies from the blood of Dengue survivors and tested them for the ability to kill the Zika virus in laboratory cultures. Only a small number of specialized antibodies proceeded to neutralize the Zika virus.

“This doesn’t mean that all Dengue survivors have protection against Zika,” Baric said. “In fact, we found only a small percentage of those people will have developed antibodies that have the potential to protect against both viruses. However, this particular class of human monoclonal antibodies from a few DENV-infected individuals are potentially therapeutic and prevent Zika virus infection.”

Creating such a therapeutic requires additional testing, especially in animal models to test whether the drug can protect the developing embryo from Zika virus infection and its associated severe complications. Baric is moving forward with these studies immediately. 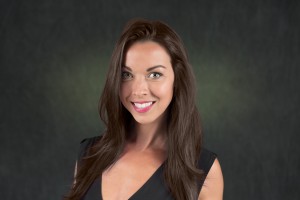 “Antibody therapy is a proven therapeutic and in some cases has been shown to be effective against other virus-associated fetal complications, so these findings represent a potential treatment option for pregnant women at risk from Zika infection,” said Plante.

Going forward, the researchers said additional testing would allow further refinement of the therapeutic treatment to combat the inevitable mutations of the Zika virus that will develop as more outbreaks occur.

“Best next steps would be to assess antibody-mediated protection of the developing fetus in a small animal pregnancy model, study the structure of the antibody bound to the Zika virus and see if the ultimate mutations of the virus are weakened by the therapeutic treatment, as well,”  Swanstrom said.