This year marks the 50th anniversary of the graduation of the class of 1970 from the UNC School of Public Health. The accomplishments of remarkable alumni from that cohort exemplify the School’s spirit of public health education and innovation over the past 80 years. 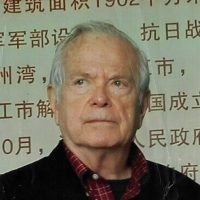 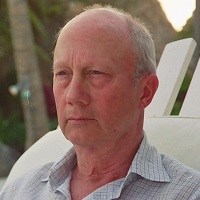 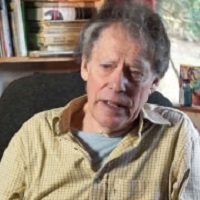 Tim Black, MS, CBE, Phil Harvey, MS, and Joel Montague, MS, all received master’s degrees in health policy and management from the UNC School of Public Health — renamed the UNC Gillings School of Global Public Health in 2008 — on fellowships from the Ford Foundation. All three were deeply concerned with women’s reproductive empowerment, especially in low- and middle-income countries.

Black founded Marie Stopes International in the United Kingdom, which provides family planning and contraception for millions of people around the world. Its mission is to help women have children by choice, not chance, and it champions access to birth control and safe abortion services for women in 37 countries. In 1994, Queen Elizabeth named Black a Commander of the Most Excellent Order of the British Empire (CBE). He passed away in 2014, but will be remembered for his contributions to the well-being of women around the world.

Harvey founded DKT International, which promotes family planning and HIV prevention in 57 countries. Together, he and Black started adult novelty retailer Adam & Eve to fund their philanthropic efforts and the nonprofit Population Services International (PSI), which addresses malaria, child survival, HIV and reproductive health on a global scale. PSI currently operates in 46 countries and has grown to a half-billion-dollar enterprise.

Montague co-founded Partners for Development, helped launch a national contraceptive program in Cambodia, ran a hospital in Kenya and has written books on topics ranging from maternal and child health to Cambodian folk tales. 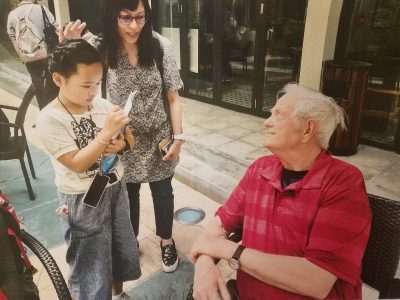 Montague being interviewed by a cub reporter in Zhanjiang, China in December 2019

In 1967, the Ford Foundation provided the bulk of funding to establish the Carolina Population Center at UNC in response to rapid population shifts in the developing world. The center seeks to advance the well-being of all people through research and training on population, health, aging and the environment — and it helped make UNC a prime destination for the three scholars and entrepreneurs.

“The Ford Foundation insisted I go to UNC as birth control was in its infancy, and the UNC School of Public Health was where it was at,” said Montague. “What was new and very useful to me was epidemiology and biostatistics, but the three of us shared an interest in the possible role of private sector programs that supported themselves.” 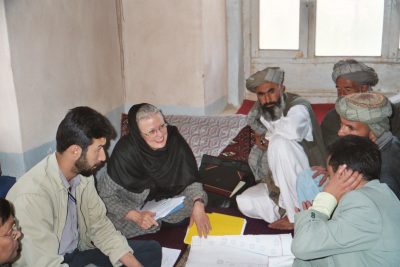 Gillings alumna Sallie Craig Huber, MS, received a Master of Science in maternal and child health from UNC in 1972 and has spent much of her career working to increase access to family planning and reproductive health care. As director of special projects with the Population Crisis Committee — now Population Action International — her work aligned with Harvey and Black’s, and she joined the board of PSI in 1983.

She and Harvey contributed a landmark article to the Journal of Biosocial Science in 1989, which analyzed the cost-effectiveness of family planning programs in 10 countries.

“I felt a special affinity with Phil and Tim because we were all UNC alums, but we also had similar philosophies regarding the work of PSI, which, at that time, was primarily social marketing for family planning products,” she said. “We had lots of good times, too, at board meetings in some unique places!”

When Harvey authored the book Let Every Child Be Wanted, it was billed as the only comprehensive examination of contraceptive social marketing. It details the origins of his and Black’s interest in family planning, amplified by their formative experiences working in developing countries.

For example, Black saved the life of an infant through a very difficult operation at a rural aid post in New Guinea, but his success was greeted with mixed emotions from the mother — she was already struggling to feed four children for whom she was solely responsible. For five years, as Harvey distributed American surplus food to schoolchildren through a program in India, he saw that the need only continued to grow while malnutrition worsened.

These experiences separately convinced both men of the importance of preventing unwanted pregnancy. At that same time, the Government of India and members of the Ford Foundation who were working in India were developing an idea called social marketing, which sought to use commercial infrastructure for the public good.

“The thinking was that if Brooke Bond tea and Unilever batteries could be found in 150,000 shops in India, why can’t condoms,” said Harvey. “The idea was born in India just about the time I was there, and Tim and I took hold of the idea and gave it life.”

It was very important to Harvey and Black to find approaches to family planning that did not rely on medical infrastructure, especially in light of the general lack of trained medical staff and facilities to provide family planning in many countries at that time. (Harvey recalls that Nepal had around one doctor per 17,000 people.) So, their objective was to find a non-medical way to bring family planning to large numbers of people.

The two met at UNC where, along with Montague, they enrolled in the program in family planning administration, which Harvey notes few other universities had.

“We pursued our careers in parallel and became very close friends,” said Harvey. “Tim was very passionate about a woman’s right to control her fertility. His zeal and commitment to this cause were an inspiration to me and a pleasure to be around. We met at UNC and found that we were heading in the same direction. We fell into step together. I think it’s not an overstatement to call our meeting an act of providence.”

Entrepreneurship arose, almost accidentally, from the men’s shared desire to solve a pressing problem. Harvey and Black were exploring topics for a required graduate project and had the idea to sell condoms in the mail. No one had done so in the United States because it was illegal, but teenagers were getting pregnant at a high rate.

The two reasoned that, if they ended up in jail, public sentiment would be on their side. Orders rolled in, and they realized early in the process that they had struck upon a viable business. They were excited by the prospect of using profits from this business to fund international family planning ventures without relying on traditional philanthropy. The contributions of PSI, DKT International and Marie Stopes International in providing family planning to millions speak to the success of this vision.

Harvey notes that there was not a lot of expertise or research about family planning in low-resource settings when he, Black and Montague sought degrees, but says that his time at UNC was instrumental, nonetheless. It connected him with Black and exposed him to new ideas and ways of thinking. Harvey credits John Castle’s lecture course on epidemiology with being the best college course he’d taken anywhere, including Harvard, noting that it, along with coursework in demography, has influenced his thinking ever since.

The class of 1970 made remarkable contributions to an ongoing history of solving big problems through innovation at the first public school of public health in the United States. Their 50th anniversary coincides with the Gillings School’s 80th, and these alumni’s commitment to reproductive empowerment is part and parcel of the School’s mission to improve health, promote individual well-being and eliminate health inequities for North Carolinians and people around the world.

Harvey continues to make an outsized contribution to public health and still donates his share of the profits from Adam & Eve to DKT International and a few domestic projects. Along with Black, Montague, Huber and others, his work to make contraception attainable for millions has proven foundational for continuing advances in the developing world.

“As prosperity has increased around the world and poverty has been reduced, part of that pattern generally involves education for girls and employment for women. Education for women correlates very strongly with lower birthrates,” he said. “So, the implications of giving people the opportunity to control their fertility are very substantial. I’ve never regretted for a minute being in that business, because [meeting the need and seeing the related] results are both very good.”