The findings, published February 19 in Nature Communications, suggest that low-cost actions to reduce emissions from industrial and residential sources could significantly reduce air pollution-related deaths — with national health benefits that are much greater than the expense of reducing emissions. 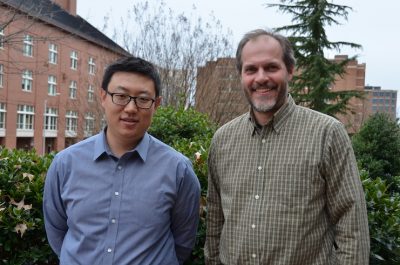 “The limitation with this traditional approach is that there are many possible control actions and technologies affecting emissions from many different sources, and it is impractical to sort through all the choices,” says Jason West, PhD, professor of environmental sciences and engineering at the Gillings School and a co-author of the study. “Using a simpler model, we turned that approach around to essentially ask which emission reductions are most cost-effective for improving public health.”

The study — led by Yang Ou, PhD, who completed doctoral studies at the Gillings School in 2019 — was done in collaboration with researchers at the EPA. The research team used a model of the U.S. energy-economic system and, by adding “health impact factors” to emissions from each state, created a tool that determines the least expensive ways of reducing the health impacts of air pollution.

“We put a constraint in the model on the nationwide air pollution deaths and let the model find the least-cost ways of meeting that constraint,” explains Ou. He and his team then analyzed those cost-effective options in scenarios projecting energy use and air pollution to 2050.

The researchers found that large health benefits could be achieved cost-effectively by reducing emissions in particular sectors, including the industrial use of coal and liquid fuels and residential wood burning. In these scenarios, emissions were reduced primarily by switching their energy sources to electricity.

They also identified that these reductions would be most cost-effective in northern and eastern states, including Ohio and Pennsylvania. The potential for emission reductions in this region is high, and the impact of any changes would be magnified because of the relatively large population exposed downwind.

“We found that a 50% reduction in the projected 2050 national health impacts could be achieved at low cost,” says Ou. “National health benefits would be seven times the cost of the emission controls.”

While air pollutant concentrations in the United States have decreased over recent decades, air pollution remains an important cause of health impacts, including premature death.

“My lab estimates that air pollution in the U.S. today is responsible for more deaths than all transportation accidents and all gun shootings combined; more than breast cancer plus prostate cancer,” says West.

“We think our approach has tremendous potential for identifying the actions that can most cost-effectively reduce air pollution health impacts,” adds Ou. “Hopefully, this will help guide decisions in the U.S. and elsewhere as we plan our energy resource use and consider related environmental and health impacts for the coming decades.”

Other co-authors on the study include Daniel Loughlin, PhD, and Christopher Nolte, PhD, both with the Environmental Protection Agency, and Steven Smith, PhD, of the Pacific Northwest National Laboratory.