As the suicide rate increases across the United States, researchers at the UNC Gillings School of Global Public Health may have discovered a strategy to slow the increase of deaths by suicide – addressing the financial anxiety caused by low wages. Their new study shows that increases in state minimum wages have been associated with decreases in suicide rates in recent years. 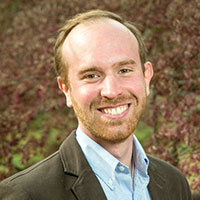 Alex Gertner, doctoral student in health policy and management at the Gillings School and Doctor of Medicine candidate at the UNC School of Medicine is lead author of the paper, “Association Between State Minimum Wages and Suicide Rates in the US,” published March 21 in the American Journal of Preventive Medicine. Jason Rotter and Paul Shafer, also doctoral students in health policy and management, are co-authors on the paper.

Though research has shown that financial strain is often a contributing factor in suicide deaths, little research has been done on what effect policies that alleviate that strain have on suicide rates. The research team studied retrospective data for all 50 states to determine the relationship between changes in state minimum wages and suicide rates between 2006 and 2016.

“The suicide rate has been increasing in the U.S., even as it falls in other wealthy countries. This is the first study we are aware of examining a possible effect of minimum wages on suicide rates,” said Gertner.

With 432,000 reported deaths by suicide in the time period, the team found that a one-dollar increase in the real minimum wage was associated on average with a 1.9 percent decrease in the annual state suicide rate, or nearly 8,000 fewer deaths by suicide. This association was most consistent in the years from 2011 on.

“U.S. workers’ real wages have barely increased in decades, and they enjoy fewer labor protections than workers in other wealthy countries,” he said. “Most of health is determined by social conditions, rather than use of healthcare services. Policies that improve financial security may have a key role to play in reversing worsening trends in suicides in the U.S.”