Some of the most common complications that moms and babies face during pregnancy include high blood pressure, preeclampsia and preterm birth, but predicting who might be at risk is still difficult. As researchers pursue a fuller picture of how these conditions develop, recent findings from UNC and Tulane University suggest that biological signals in metabolism are an important piece of the puzzle.

High blood pressure conditions developed during pregnancy – often called hypertensive disorders of pregnancy (HDP) – affect nearly 10 percent of women around the world, according to the World Health Organization. The rate of preterm birth is similarly high. Yet the risk of severe complications or death can be mitigated if care providers identify and manage these conditions early in pregnancy.

A recent study published in Nature has identified certain metabolomic biomarkers, or changes in a person’s metabolism, that, if found early in a pregnancy, can more accurately predict whether a mother may experience HDP or preterm birth than other known risk factors. 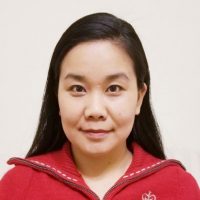 “HDPs, including preeclampsia and gestational hypertension, and preterm birth are significant causes of obstetric morbidity,” said Yuan-Yuan Li, PhD, an assistant professor at the UNC Nutrition Research Institute and the UNC Gillings School of Global Public Health. “Ideally, if we could identify the risk and predict the adverse outcomes in the first trimester through testing blood or urine, precaution and treatments could be taken to protect both maternal and fetal health. Unfortunately, our understanding of the cause of these conditions is very limited, and clinical practitioners still do not know enough about the biomarkers that could predict them. Our goal in this study was to use untargeted metabolomics to analyze first-trimester blood samples and identify metabolites with the potential to predict pregnancy complications.”

The study was co-first authored by Li and Emily Harville, PhD, an associate professor of epidemiology at Tulane and 2005 doctoral alumna of the Gillings School. They collaborated with Program Manager Susan McRitchie, MA, MS, and Assistant Professor Wimal Pathmasiri, PhD, in the lab of Professor Susan Sumner, PhD. Ke Pan, a doctoral student in epidemiology at Tulane, also contributed to the research.

The study examined metabolomic samples of women in their first trimester who enrolled in a Global Alliance to Prevent Prematurity and Stillbirth trial between 2011 and 2016. The samples included 51 patients who went on to have HDP and 53 who later experienced preterm birth. In addition to the sample, the team also collected information on patient demographics, health history, diet, and home and work environment.

Through a process that compared the metabolic profiles of the study group with control profiles, the research team noted several biological changes, or biomarkers, associated with complications of pregnancy. They also found that these biomarkers were better at predicting the development of HDP or preterm birth than existing risk factors that clinicians monitor. Fewer biomarkers were predictive of preterm birth, however, suggesting that outside influences may play a larger role in the development of this condition than HDP.

For example, in the case of HDP, the team found that increases in an androgen steroid hormone were associated with preeclampsia and could contribute to an interruption in oxygen and nutrient transport in the blood. In people with gestational hypertension, the study team found a biomarker strongly associated with a synthetic compound used in foods, polymers and cosmetics to slow oxidation. 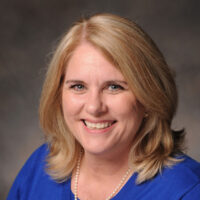 “Untargeted metabolomics allows us to identify signals for metabolites that are produced by our host metabolic processes, microbial metabolism, components and contaminants in the food we eat, drugs and medications, and environmental exposures,” Sumner explained. “Taken together, the metabolic differences observed in our study could provide biomarkers for early detection of disease, for informing needs to reduce certain types of exposures and for determining nutritional approaches to mitigate metabolic imbalances that contribute to pregnancy complications.”