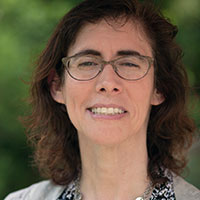 Gerri L. Mattson, MD, MSPH, 2004 alumna and adjunct assistant professor of maternal and child health at the UNC Gillings School of Global Public Health, is the new president of the North Carolina Medical Society (NCMS) Foundation board of trustees.

Mattson has more than 20 years’ experience practicing medicine in a variety of health care settings. She has provided inpatient and outpatient care as part of the United States Public Health Service Commissioned Corps for the Indian Health Service on a Navajo reservation in New Mexico, outpatient care as a civilian at Womack Army Medical Center, in Fort Bragg, N.C., and outpatient and inpatient care as part of a private pediatric practice in Dunn, N.C. She currently volunteers on a part-time basis to deliver care to patients at a children’s health clinic at Wake County (N.C.) Human Services in Raleigh.

Mattson has worked for 13 years as the pediatric medical consultant with the N.C. Title V program, which is based in the Women’s and Children’s Health Section of the N.C. Division of Public Health. A longtime NCMS member, she is a 2008-2009 alumna of the NCMS Foundation’s Leadership College, has been part of the Leadership College faculty since her graduation and currently serves as co-chair of the program.

After earning an undergraduate degree with distinction from the University of Virginia, Mattson received a medical degree with honors from the Medical College of Virginia. She completed a pediatric internship and residency at the Emory School of Medicine in Atlanta and earned a Master of Science in Public Health in maternal and child health at the Gillings School. In addition to her work with the NCMS Foundation, she has been an active member of the American Academy of Pediatrics (AAP), the N.C. Pediatric Society (the state chapter of the AAP), and the N.C. Public Health Association.