More than half of emergency department patients ages 65 and older who were seen at UNC Hospitals during an eight-week period were either malnourished or at risk for malnutrition. 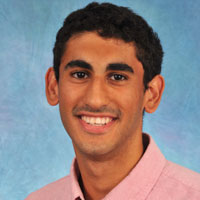 In addition, more than half of the malnourished patients had not been diagnosed previously, according to a new study by researchers at the University of North Carolina at Chapel Hill. The study, published online Aug. 13 by the journal Annals of Emergency Medicine, was co-authored by Greg F. Pereira, BSPH, first author and recent graduate of the Gillings School of Global Public Health’s nutrition department; Mark A. Weaver, PhD, research assistant professor in the Gillings School’s biostatistics department; and Cynthia Bulik, PhD, distinguished professor of psychiatry in the medical school and of nutrition in the Gillings School.

“Malnutrition is known to be a common problem among older adults,” said Timothy F. Platts-Mills, MD, MSc, assistant professor of emergency medicine in the UNC School of Medicine and senior author of the study. “What is surprising in our study is that most of the malnourished patients had never been told that they were malnourished. Our findings suggest that identifying malnutrition among older emergency department patients and connecting these patients with a food program or other services may be an inexpensive way to help these patients.” 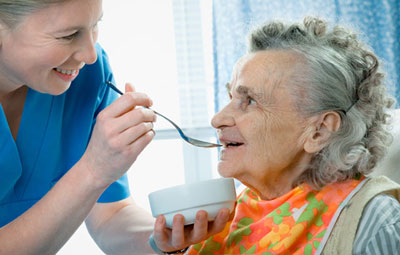 More than half of emergency department patients ages 65 and older who were seen at UNC Hospitals in June and July 2013 were either malnourished or at risk for malnutrition, a new study finds.

The study included 138 adults ages 65 and older who sought treatment in the emergency department at UNC Hospitals during an eight-week period in summer 2013. All were patients with no cognitive impairments, who were not critically ill and did not live in a nursing home or skilled nursing facility.

The nutritional status of each was assessed using the Mini Nutritional Assessment Short-Form (MNA-SF), a six-item tool that combines body mass index and the patient’s answers to questions about weight loss, decline in food intake, recent stress or disease, mobility and neuropsychological disorders. The results produce a score from zero to 14. Malnutrition is defined as a score of seven or lower, while “at risk for malnutrition” is defined as a score from eight to 11.

There were no significant differences in the prevalence of malnutrition between men and women, across levels of education or between those living in urban versus rural areas. However, the prevalence of malnutrition was higher among patients who reported having depressive symptoms, difficulty eating (due to dental pain, ill-fitting dentures, etc.) or difficulty buying groceries (due to lack of transportation, lack of money, etc.).