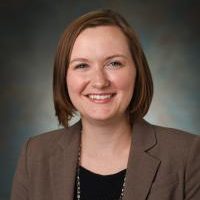 A new study led by Lindsay Fernández-Rhodes, PhD, assistant professor of biobehavioral health at Penn State and 2016 doctoral graduate of the UNC Gillings School of Global Public Health, and Mariaelisa Graff, PhD, associate professor of epidemiology at the Gillings School, has shown that increasing the diversity of genomic samples can improve researchers’ ability to identify important genetic markers for health conditions.

One of the goals of conducting genomic studies is to develop precision medicine, which is the delivery of the exact treatment or medication that a person needs exactly when they need it.

“Precision medicine is a great idea, but it only works if we study the full diversity of the populations that we may see in the clinic,” Fernández-Rhodes explained. “We cannot treat people with precision if we do not have the relevant data. Previous large-scale genomic studies have largely overlooked Hispanic/Latino people. Since the United States is becoming increasingly diverse, our ability to provide appropriate medical treatment will suffer if the gaps in our genomic data are not addressed.”

Fernández-Rhodes and Graff were joined by more than 100 researchers from around the world to form the Hispanic/Latino Anthropometry Consortium. The consortium pools research expertise and genetic data on people of Hispanic/Latino ethnicity in order to bolster the diversity in genomic studies. 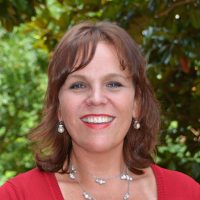 “Our consortium fills a major research gap in genomic studies. Inclusion of individuals of diverse ancestral backgrounds is imperative, both from the perspective of scientific necessity and equity,” said Kari E. North, PhD, professor of epidemiology at the Gillings School, one of the consortium’s multiple principal investigators, and co-author of this research. “By embracing diversity, we are discovering novel genomic associations and moving the field forward.”

The value of diversity in genomic studies

In a new article in Human Genetics and Genomics Advances, Fernández-Rhodes and Graff led the examination of genomic data from more than 70,000 Hispanic/Latino individuals. The data were compiled from 18 smaller studies and combined with two other consortia to bring the total sample to over 470,000 adults. To date, the article is the largest published genomic study of body measures in Hispanic/Latino individuals.

The researchers identified regions of the genome that are associated with three body measurements: body mass index (BMI), height, and waste-to-hip ratio. BMI, a ratio of weight to height, is the most common assessment of obesity used by physicians. Waist-to-hip ratio indicates where on their bodies people are carrying excess weight.

Consortium researchers identified 42 previously unidentified regions of the human genome related to BMI, height and waist-to-hip ratio. These traits have been examined in previous genomic studies, but the unique ancestry and experiences of Hispanic/Latino people made the regions easier to identify using the consortium’s combined data.

The newly identified regions of the genome may help scientists understand how people grow, develop and — perhaps most importantly for human health — develop obesity.  Significantly, the regions appear to be relevant to the health and development of all people, regardless of their ancestry. The researchers say that the results indicate a widespread need to build larger, more diverse data sources.

“There is a very large gap between who is experiencing obesity and who is being included in genomic studies. The consortium is working to close one part of that gap. Hopefully, this is the first step of many toward increased diversity in genomic studies,” said Fernández-Rhodes. “Researchers need to ensure that all people are represented in our scientific knowledge base. We need to harness the power of diversity to uncover the genes that pattern human health and disease.”