In a new commentary led by a student at the UNC Gillings School of Global Public Health, several experts reviewed the concept of ‘obstetric violence,’ a legal construct that is being used in Latin America to confront mistreatment of women during childbirth. 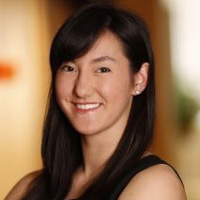 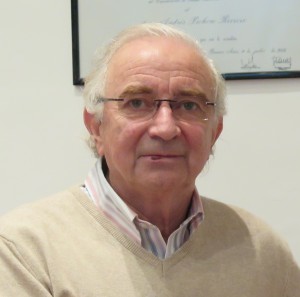 The full article, titled “Obstetric violence: A Latin American legal response to mistreatment during childbirth,” was published online May 4 by BJOG: An International Journal of Obstetrics and Gynaecology.

“All over the world, childbirth is an exciting and life-changing moment, but it also can be a hard and scary one,” said Williams. “Just think of what you’re asking your body to do! Yet, too often, there are other reasons that women are deeply fearful about giving birth, related to how they are going to be treated – or mistreated – by the very health professionals who are supposed to help them through the process. There are a number of efforts underway to try to change negative provider behavior, and in this commentary, we wanted to highlight one approach that has taken root in Latin America: the use of the legal system.”

Obstetric mistreatment is a phenomenon that appears to be pervasive across many settings; it includes such diverse concepts as physical, verbal and sexual abuse of women during childbirth; negligence during obstetric emergencies; and denial of medically appropriate care. Though the exact prevalence of treatment that would qualify as obstetric mistreatment is unknown, studies from Tanzania and Brazil report figures above 70 percent, while figures from five European countries are around 20 percent.

In 2007, after years of work by women’s groups, clinicians and public health professionals in Latin America to improve maternal care, a new term, ‘obstetric violence,’ was developed to encompass both obstetric mistreatment and related elements of poor quality care such as unconsented and non-medically indicated care. The term locates mistreatment of childbearing women at the nexus of gender-based violence and clinical malpractice, and provides a legal framework for policies and court cases aimed at battling the problem.

Since the term was defined, five countries in Latin America have enacted laws to combat obstetric violence; some countries have gone further and expanded the legal rights of childbearing women, newborns and their families.

To date, there has been no comprehensive evaluation of these laws, but there are some early signs of how they already are informing public health policy and implementation. For example, in Venezuela, the National Institute for Women developed a brochure defining obstetric violence, detailing who can report it and indicating which institutions receive complaints. In Bolivia, questions about obstetric violence were incorporated into the 2016 National Survey of the Prevalence and Characteristics of Violence Against Women. In Argentina, the Buenos Aires Provincial Ombudsman’s Office has begun developing intervention protocols for cases of obstetric violence, and the first trial for such a case currently is being tried in court.

“These laws offer a potentially promising approach to responding to obstetric mistreatment,” the co-authors wrote in their commentary. “They empower women and families to claim their rights to health care without discrimination.”

Long-term improvements to systematic failures in the implementation of quality maternal care, however, will require multi-sector efforts from health care institutions, advocacy groups and public health researchers. Having a clear way to refer to the problem of obstetric violence is only a foundation for future work to ensure all women’s access to dignified, respectful maternal care.