By Robert A. Poarch

A lot of mothers were surprised when they saw the bare shelves in their local grocery stores where the formula milk was supposed to be. For one mother, medical anthropologist Aunchalee Palmquist, PhD, the situation seemed almost inevitable —  and it provided an opportunity to discuss human milk sharing. 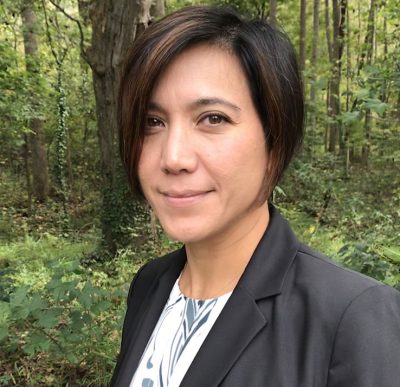 Palmquist spends a lot of time researching, writing and speaking about breastfeeding, particularly milk sharing in the United States.

“With the formula shortage, we’re seeing a consequence of our country basically neglecting breastfeeding and also supporting formula-reliant infants in disasters and emergencies,” she says.

Palmquist is an assistant professor in the Department of Maternal and Child Health at the UNC Gillings School of Global Public Health. She’s also an affiliate of the Carolina Global Breastfeeding Institute (CGBI) and an International Board Certified Lactation Consultant (IBCLC). For several years, she has taught courses about infant feeding during international humanitarian emergencies.

During the COVID-19 pandemic, she took the lead for the Lactation and Infant Feeding in Emergencies (L.I.F.E.) Initiative, a resource for CGBI’s ENRICH Carolinas and EMPower programs. The L.I.F.E. Initiative also serves as a hub for research, communications, policy, advocacy and training for organizations that support child feeding, such as the United States Breastfeeding Committee.

On the L.I.F.E.™ Support for COVID-19 web page, scroll down about halfway to the section labeled “Community Milk Sharing Resources.”

A medical anthropologist who studies breastfeeding

“I found anthropology gave me both the language and the framework to understand cultural difference and human diversity,” says Palmquist.

This knowledge provided her with the tools to better understand her biracial background — her mother is Thai and her father is American — and the world. Medical anthropology, specifically, examines how the ways in which societies and cultures are organized intersect with human biology and people’s health experiences.

Palmquist’s cross-cultural research on breastfeeding and milk sharing, combined with her IBCLC training, allow her to fill gaps in technical guidance for infant feeding in crisis situations. The United States has no national policy for responding to disasters and emergencies that integrates comprehensive ways to feed infants — either with human milk or with formula.

“There are no clear systems of coordination or valuation or accountability for emergency responders,” she says. “I’m very much aware that what I do is a small contribution to the larger collective humanitarian response to these situations, but it still feels important.”

Milk-sharing donors are typically mothers who are already breastfeeding their own children and have a surplus of milk they are willing to share. Milk banks have been used in hospital settings for years to support high-risk infants, and many cultures practice wet-nursing between families and friends. Studies show that parents who research the risks of formula often choose to share breast milk.

Historically, however, milk sharing has been a controversial topic in the field of lactation. It wasn’t until four years ago that the Academy of Breastfeeding Medicine (PDF) created their position statement on milk sharing guidance. The statement notes that that milk sharing is increasing and aims to educates health care workers who are in a position to help mothers and families make informed choices about infant nutrition.

“This was a huge recognition that the practice is not going away,” says Palmquist. “People are doing it, and they want to do it in a safe way.”

She is aware of the push back from the American Academy of Pediatrics and other groups opposed to communal sharing of human milk that isn’t pasteurized or supplied by a milk bank.

“It’s a tricky situation,” she acknowledges.

What the formula shortage reveals about breastfeeding in the U.S.

Palmquist sees a lot of inequities between people who have the means and resources to stockpile formula and those who don’t, which leads to the much larger issue of the hold the commercial formula industry has within the United States. In their most recent Breastfeeding Report Card, the Centers for Disease Control and Prevention estimate that more than 70% of U.S. infants over six months old are on formula.

This raises two questions: Why is there so much reliance on formula? And why isn’t there nearly as much investment in breastfeeding and human milk feeding support?

“[The formula situation] intervenes on our ability to implement policies that would contribute to greater health equity,” says Palmquist. “It’s a really powerful lobby and a really powerful industry, not just in the United States but around the world. What I think about the formula shortage is that it was preventable.”

There is a place for formula, of course.

However, over the last 50 years, the commercial formula industry has created a scenario that disproportionately affects the economically disadvantaged and brought about conditions under which U.S. society became dependent on formula products — including during disasters and emergencies.

“We’re seeing now that these companies are part of the policy making that will allow them to actually earn more money,” Palmquist explains.

There is no debate that human breast milk offers optimum nutrition for infants and young children, providing essential nutrients, immune support and hormonal signals for growth and development.

In the past ten years, formal research on milk sharing has increased. There’s more data than ever before for people who want to make informed decisions — and, accordingly, CGBI’s L.I.F.E. Initiative offers Community Milk Sharing Resources.

In addition to reaching families, CGBI works to make this type of science-based milk sharing guidance available to health care professionals who are open to engaging in conversations on the subject with patients.

“Even if a doctor is not going to counsel a parent about community milk sharing, they probably want to have some materials for patients to read,” says Palmquist. “They need to be aware of the whole landscape, because the families they support experience a range of different scenarios.”

For example, what happens when someone has surplus breast milk that they want to give to another family? They have a lot of options. There are differences between selling milk on the internet, selling it to a company, donating it to a nonprofit human milk bank or giving it directly to someone in the community.

Also, recipients of donated milk need to know how to mitigate any risks and make decisions aligned with their personal values, cultural beliefs and religion.

“It’s a little complex. But we’re not inventing something from scratch. We have the research to guide us,” Palmquist says. “It’s actually a good thing that people are talking about milk sharing in a serious way and not just stigmatizing it or telling people it’s wrong.”

Learn more about the Lactation and Infant Feeding in Emergencies (L.I.F.E.) Initiative and the Carolina Global Breastfeeding Institute.