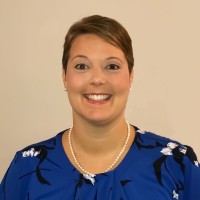 The Office of the U.S. Assistant Secretary for Preparedness and Response funds HPP, supporting programs in all 50 states and U.S. territories. The mission of North Carolina’s program is to be a partner to health care and emergency response organizations working to prepare for, mitigate, respond to and recover from emergencies and disasters affecting the residents and guests of North Carolina. Key partners of HPP are N.C. Emergency Management, EMS agencies, public health departments and hospitals.

Clement is responsible for oversight of the program and partnership building, but she says her job changed drastically when HPP activated for the COVID-19 response on January 23, and now, “there isn’t a normal day anymore.” Even before any cases were documented in the United States, HPP was preparing for the possibility of a major pandemic.

“We were beginning to see a major issue with the personal protective equipment supply chain and were planning for the worst-case scenario, but we couldn’t have imagined how big this response would get,” she says. “My job has always been fast-paced and high stress, but during this time, the number of partners needing information and asking for support and the challenges we were facing seemed to build so fast.”

Clement refers to herself as a strategic planner by nature, but says the high volume of meetings, calls, emails and requests for support made finding time for strategy very difficult, and she found herself carving out time on nights and weekends for planning. The pandemic has brought many trials, but she says preparation and teamwork have proven indispensable.

“I have a great team, and we have worked hard over the past two years to prepare for emergencies,” she says. “We are used to emergency response and put everything on hold to get the job done, but this pandemic has lasted eight months now with likely another year ahead at least. It isn’t a normal emergency. Responding seven days a week to the pandemic has been incredibly challenging, and we need to include more grace and space — which has become my motto. We have built-in check-in calls; we have finally gotten all of our team at least one day off; and we have added some team members to help share the responsibilities.”

Though the end of the pandemic isn’t yet in sight, Clement’s team is adapting and persevering, qualities that she says her time at Gillings, in the Department of Health Policy and Management, helped instill.

“First, the group assignments every semester that challenged your thinking, your interpersonal skills and your patience were the most valuable training I could have ever received,” she says. “Especially for this response. Second, Gillings helped me build a strong network of professionals across the country that I have been able to reach out to for advice, support and best practices throughout this response. Third, it taught me the basic tenets of public health – the science, the policies, health education and program evaluation that have been key to the foundation of this response. Fourth, I learned how to adjust and pivot to ever-changing situations. While this was frustrating to me at times as a student, looking back, it was incredibly valuable.”