The Center for Health Promotion and Disease Prevention (HPDP) at the University of North Carolina at Chapel Hill has received a five-year, $3.75 million grant from the Centers for Disease Control and Prevention (CDC). The grant will fund research to address the challenge of scaling up the Med-South Lifestyle Program, an evidence-based diet and physical activity intervention developed by HPDP, so that it can reach racial and ethnic minority, rural and medically underserved populations. With this grant, HPDP will maintain its standing as a CDC Prevention Research Center, one of only two in the country to have been continuously funded since 1986.

“This grant showcases the center’s proven record of success in preventing chronic diseases, and its outreach to underserved populations,” said N.C. Congressman David Price. “This partnership with the CDC is key to enhancing our state’s public health infrastructure and will help maintain and expand critical programs to combat the rise of major health concerns across North Carolina.”

The southeastern United States has some of the highest rates of chronic disease in the country. North Carolina and other states in the Southeast comprise what’s long been called the “Stroke Belt” of the U.S., as well as a more recently identified “Diabetes Belt” — geographic regions where the risks of stroke and diabetes are much higher than the national norm. Within these areas, rural residents, people who live in low-income households, African-Americans, and American Indians have the highest levels of risk.

The Med-South Lifestyle Program, the culmination of a number of lifestyle interventions developed and tested by HPDP, has resulted in positive outcomes related to diabetes, hypertension and obesity. Med-South translates a Mediterranean dietary pattern for a Southeastern population and includes support for increased physical activity. With the assistance of the CDC grant, HPDP will partner with public health and health care systems to implement Med-South across the state. Researchers will develop guidance for adapting the program to different locations and test whether training for practitioners implementing Med-South is more effective when delivered via webinar or in-person sessions. 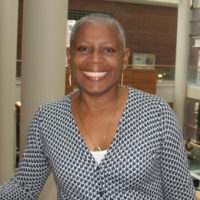 Carmen Samuel-Hodge, PhD, RD, assistant professor of nutrition at the UNC Gillings School of Global Public Health, and Jennifer Leeman, DrPH, associate professor at the UNC School of Nursing, are leading the research as co-principal investigators.

“While we have strong evidence that following a Mediterranean-style dietary pattern and increasing physical activity behaviors can reduce chronic disease risk, we are less knowledgeable in how to take what works in a research context to real-world settings, where those at highest risk receive health care,” said Samuel-Hodge. “Only a minority of evidence-based interventions are ever implemented on a broad scale, and research about how to scale up interventions is limited, especially with the populations we are targeting. This five-year study provides us with the opportunity to test different scale-up formats and implementation strategies in local health departments and community health centers.”

One significant barrier to scaling up a diet and physical activity intervention in low-income populations is access to healthy foods. To address this, HPDP also is adding new tools to Med-South that allow practitioners to screen for hunger or food insecurity and then refer patients to local resources — such as food banks or low-cost food programs — for help.

In addition to funding the research that will allow for the expansion of Med-South, this grant continues HPDP’s status as a CDC Prevention Research Center.

“Continued funding from the CDC provides financial resources that HPDP leverages to support a broad base of prevention research,” said Alice Ammerman, DrPH, Mildred Kaufman Distinguished Professor of nutrition at the Gillings School and the director of HPDP. “The center houses more than 30 projects, which conduct research in a variety of areas, including cardiovascular health, cancer prevention and control, and children’s health. We look forward to the next five years of continuing to serve the people of North Carolina by helping to prevent chronic disease.”