It began with an ambitious thought— North Carolina would benefit from a provider network to deliver quality health care to the state’s most far-flung locations. More importantly, the programs of care would be shaped to each community’s particular needs. 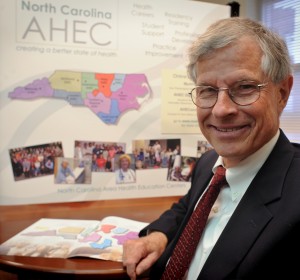 The establishment of the Area Health Education Centers (AHEC) program was the beginning of The University of North Carolina at Chapel Hill’s more-than-40-year commitment to outstanding health care for underserved citizens, the majority of whom live outside well-populated towns and cities.

Launched in 1972, AHEC was the vision of Glenn Wilson, MA, former associate dean for community health services in UNC’s School of Medicine. As chair of the social and administrative medicine department in the medical school, he made it his mission to improve the accessibility of health care in the state.

Delivering services in collaboration with communities also has been  the bedrock of the Gillings School’s work in rural health care, says Tom Bacon, DrPH, clinical professor of health policy and management, who served as AHEC’s director from 1996 to 2012. 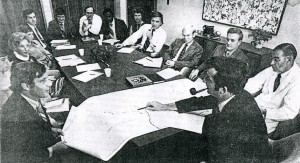 Glenn Wilson (foreground) talks with UNC medical school staff (circa 1972) about a project proposal that led to an $8.5 million contract to establish N.C. AHECs.

“[Wilson] was determined AHEC wouldn’t be the ‘Great University’ going out to help rural communities, taking its wisdom to share with lesser folks,” says Bacon, who also was executive associate dean in the School of Medicine. “We weren’t going to plunk down programs around the state. We went into communities and asked if they were interested in a partnership with the University—and assured them the work would be done their way.”

Wilson wasn’t alone in making AHEC a success. Other public health and community leaders joined him and, armed with an $8.5 million grant from the N.C. General Assembly, they developed one of the most successful rural health programs in the U.S. 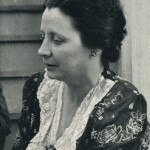 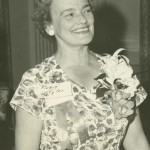 “The School’s rural health history is a long, winding road that goes back to South Africa,” says Tom Ricketts, PhD, professor of health policy and management at the Gillings School and of social medicine at the UNC medical school. 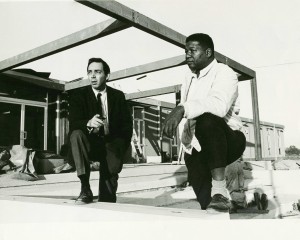 The philosophy made its way to Chapel Hill when the public health school’s dean, Edward McGavran, MD, recruited the clinic’s director, Sidney Kark, MD, to head the School’s epidemiology department. John Hatch, DrPH, who worked in the 1960s at the nation’s first community health center in Mound Bayou, Miss., took up the mantle of that legacy when he arrived at UNC—first as a program development specialist, then doctoral student and faculty member—in what is now the Department of Health Behavior. (Listen to a 1992 interview about Hatch’s life and work at tinyurl.com/Hatch-interview.)

Health care for those living in rural areas of the state gained another champion when former Peace Corps volunteer Jim Bernstein, MPH, enrolled as a global health fellow in the School’s epidemiology doctoral program. He did not complete the doctorate, but his exposure to ideas at the School led him to establish the first state Office of Rural Health in the U.S., an endeavor that supported nurse practitioner programs and public health clinics statewide. 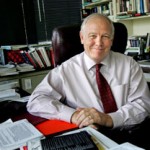 By 1978, the School’s impact upon rural health care had garnered more attention. That year, the Robert Wood Johnson Foundation and the U.S. Department of Health and Human Services awarded a $3 million grant to the National Evaluation of Rural Primary Care Programs—with Tom Ricketts as project manager. A decade later, Ricketts received one of the first Rural Health Research Center grants and led that effort for 12 years.

The evaluation demonstrated the efficacy of community health centers in improving access for rural residents and the cost-saving effects of using nurse practitioners and physician assistants in clinics.  Both strategies have become deeply embedded in national and state policy to support primary care and provide access to health care. 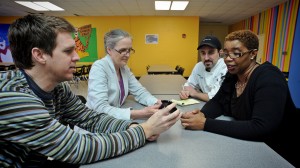 Through Heart Healthy Lenior— a 5-year, $10-million initiative—Ammerman’s team uses individual and group counseling and business partnerships to promote healthy lifestyle changes. The team works with residents to create more nutritious versions of traditional dishes, and with restaurants to highlight their healthier options.

“It’s a big-picture thing,” says Ammerman, who is also director of the UNC Center for Health Promotion and Disease Prevention (HPDP). “We try to fashion opportunities that allow people to make good choices—rather than telling them what they should do and expecting them to do it without resources.”

First funded in 1985, HPDP enters its 30th year as one of the Centers for Disease Control and Prevention’s most successful prevention research centers.

With Reidsville Area Foundation funding, Ammerman’s team also tests a social-marketing campaign to promote healthy school lunches. The goal, she says, is encouraging and assessing increases in consumption of vegetables and fruits in school lunches.

Other School faculty members contribute to rural health through data collection and analysis. “The hallmark of what I consider research strength is whether it’s actionable—whether it can lead to policy or management change,” says Holmes, associate professor of health policy and management. “We can say, ‘Here are strategies to use if your facility is weak in this measure.’”

Bacon says these and other School research efforts maintain a connection to the formative years of rural health-care and its future possibilities.

“We’re in a time that offers us great challenges and opportunities,” he says. “What we do with those opportunities and with the public health skill sets we bring to the table will determine how well we design and manage our health-care system. It might be global pie in the sky, but I think we owe it to ourselves and each other to make it the best system it can be, to serve as many people well as is possible.”