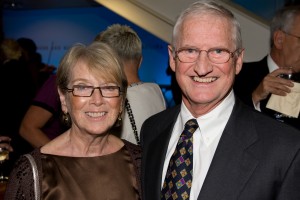 The UNC School of Dentistry and the UNC Gillings School of Global Public Health announced the establishment of a new dental public health professorship on June 5. Made possible by a gift from Chester Douglass, DMD, PhD, and Joy Douglass, the R. Gary Rozier and Chester W. Douglass Distinguished Professorship in Dental Public Health will support a jointly appointed faculty member who specializes in dental public health.

The professorship, which also honors Gary Rozier, DDS, MPH, professor of health policy and management at the Gillings School and a respected national leader in dental public health (see page 91), was announced after a day-long symposium held at both schools, during which panel discussions addressed  the future of dental public health.  At a dinner planned to celebrate his career, Rozier learned that the professorship would bear his name as well as Douglass’.

Douglass dedicated his career to improving dental care for those living in the U.S. He authored more than 140 papers, served as chair of Harvard School of Dental Medicine’s Department of Oral Health Policy and Epidemiology, and mentored students, encouraging them to “think big” and continue learning.

Why would a professor from Harvard give so generously to a school he didn’t attend?

“Gary Rozier’s career has been an inspiration for those of us in dental public health,” Douglass says. “I am delighted to be able to honor him with this named professorship.”

Douglass also taught with and collaborated on research with Dennis Gillings, PhD, CBE, when Gillings was a member of the biostatistics faculty at UNC. That relationship led to Douglass’ 20 years of service on the board of directors of Gillings’ company, Quintiles.

“Gary’s transformative work, Dennis’ innovations, and seeing the mission of the University of North Carolina’s public health school through their eyes have made me want to give back to the School that facilitated my association with these extraordinary leaders,” Douglass says.

Rozier says he is deeply honored to share the name of the professorship with Douglass, “an admired teacher and respected leader in dental public health” throughout his career.“

The professorship will strengthen UNC’s ability to provide learning experiences focused on dental public health and population health and to provide research opportunities that will help solve the many oral health problems faced by residents of North Carolina and beyond,” Rozier says.

Learn more about the ways your gift can support the mission of the Gillings School. Please see sph.unc.edu/giving or call (919) 966-0198.

See photos and video from the June 5 symposium and dinner online. 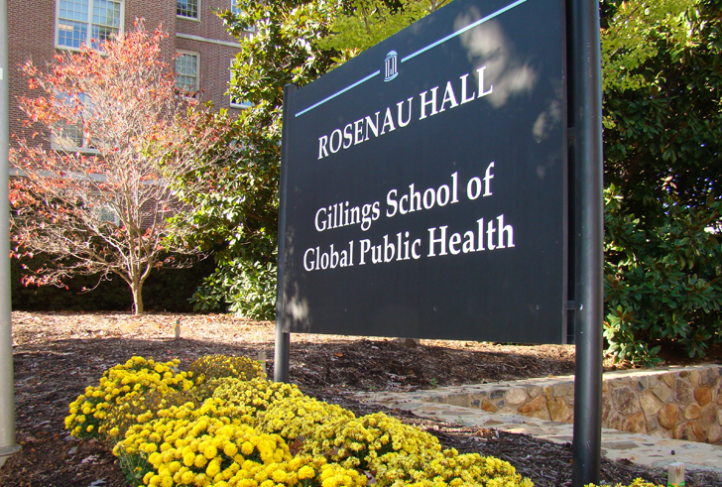