When it comes to respiratory effects of wood smoke, sex matters

Exposure to wood smoke can have different effects on the respiratory immune systems of men and women — effects that may be obscured when data from men and women are lumped together. These findings are from a study published Oct. 26 in the American Journal of Respiratory and Critical Care Medicine by scientists at the UNC-Chapel Hill Gillings School of Global Public Health and the UNC School of Medicine.

The researchers exposed men and women volunteers to wood smoke or filtered air prior to inoculating them with a standard dose of the live-attenuated influenza virus vaccine, which causes a natural, yet mild, immune response in the nasal passages. Afterword, they discovered that the men exposed to wood smoke had significantly higher markers of an inflammatory response in cells that line the nasal passages relative to men exposed to filtered air. By contrast, for women, the wood smoke exposure appeared to lower markers of the inflammatory response. 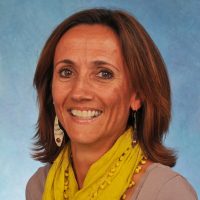 When the researchers averaged out the data from men and women — as these sorts of exposure studies typically do — the analysis gave the false impression that the wood smoke had almost no effect on the immune response to the live-attenuated influenza virus vaccine.

“The upshot is that we really need to consider sex-specific effects when studying wood smoke and other environmental pollutants that threaten public health,” said senior author Ilona Jaspers, PhD, professor of environmental sciences and engineering at the Gillings School and professor of pediatrics in the School of Medicine. (She also directs UNC-Chapel Hill’s Curriculum in Toxicology and Environmental Medicine.)

Wood smoke is among the most ancient environmental pollutants, and is still considered a significant cause of sickness and death today. Researchers estimate that about 40 percent of the modern human population — roughly 3 billion people — are chronically exposed to smoke from burning wood and related “biomass” combustibles, such as leaves, crop stalks and dung.

Wood smoke contains dozens of known toxins, and epidemiological studies have linked biomass exposures to chronic obstructive pulmonary disorder (COPD) in women who have never smoked and to lung cancer in male firefighters. Wood smoke exposure also is expected to become more common as the frequency of wildfires increases.

In 2014, Jaspers and colleagues designed their study to explore that specific impact on airway immune defense. They recruited 39 healthy, young, nonsmoking adults and randomly assigned them to sit for two hours either in a chamber filled with dense wood smoke or in a chamber filled with clean, filtered air. At the end of the two hours, each group received a standard dose of a live-attenuated influenza virus vaccine (FluMist), delivered in a squirt up the nose, to model an ordinary community-acquired respiratory virus infection.

Before the wood smoke exposure, on the day after and on the day after that, the researchers washed airway-lining cells from the noses of the subjects and measured the expression levels of key inflammatory genes and proteins in the cells. The main goal was to see if the wood smoke-exposed subjects had signs of an altered inflammatory response, compared to the filtered-air group.

The researchers unexpectedly found high variability in the data; for some wood smoke-exposed subjects the inflammatory response was greater, while for others it was lower. On average there appeared to be almost no significant difference in response compared to the filtered-air group — as if the wood smoke on balance had done virtually nothing to change airway antiviral defenses.

“We were very discouraged by these results and had a difficult time understanding the variability in the effects of wood smoke among the subjects,” Jaspers said.

A few years later, Jaspers hired postdoctoral researcher Meghan Rebuli, PhD, who has a background in the sex-specific toxicity of endocrine-disrupting compounds, like bisphenol A (BPA). Rebuli, the first author of the current study, re-examined the data and identified a key source of the high variability in the data: sex.

Specifically, the wood smoke exposure resulted in higher inflammatory markers for the male subjects and lower inflammatory markers for the female subjects. The effects, which hint at milder responses to viral infection for wood smoke-exposed women compared to wood smoke-exposed men, were so consistently opposite that combining them, without regard to sex, gave the misleading appearance of almost no effect overall. 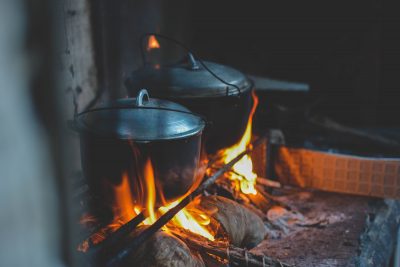 Wood fires are common in many low- and middle-income kitchens.

The scientists aren’t yet sure why men and women would differ so starkly in their immunological responses to wood smoke. One possibility is that women and men have, over thousands of generations, had different evolutionary histories of wood smoke exposure which led to different evolutionary adaptations. Women, for example, might have had greater and more chronic exposure to smoke from cooking fires. Other factors that may have influenced the sex-specific responses include differences in male and female hormone profiles and genetics.

“We wonder if a greater wood smoke exposure has led to evolutionary pressure on women to have a more blunted inflammatory response, which probably would result in less damage to the airway during respiratory virus infection,” Jaspers said.

Regardless, the study suggests that any research on environmental exposures should take potential sex differences into account.

“Many researchers still do not treat sex as a factor in their analyses, and this can mask effects like the ones we found,” Rebuli said. “This is very important to consider in future clinical studies, as we are just beginning to understand how differently men and women can respond to a variety of exposures.”

Funding for this research came from the National Institutes of Health, a Leon and Bertha Golberg Postdoctoral Fellowship and through a cooperative agreement with the United States Environmental Protection Agency (EPA), but this study has not been subjected to review and does not necessarily reflect EPA policy.