What do we know about women and HIV in the United States?

While the United States is the world’s biggest funder of AIDS research and programs, it is also the only high-income member of the top 10 most HIV-affected countries. And, while new diagnoses of HIV infection have decreased among women in the U.S., marked racial and geographic disparities persist.

Recently, the federal government announced an initiative that aims to decrease the number of new HIV infections in the nation by 90% within the next 10 years. 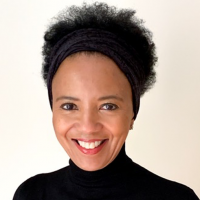 With this in mind, lead author Adaora Adimora, MD, and co-authors have highlighted important recent developments concerning HIV epidemiology, comorbidities, treatment and prevention among women in the U.S. Their article on “HIV and woman in the USA: what we know and where to go from here” is the second in a six-paper series on HIV in the USA published by The Lancet. 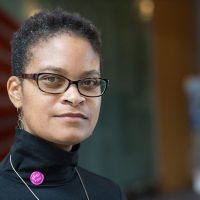 “We conclude that, to end the U.S. HIV epidemic, substantially greater inclusion of women in clinical research will be required, as will better prevention and treatment efforts, with universal access to health care and other supportive services that enable women to exercise agency in their own HIV prevention and care,” the authors write. “Ending the epidemic will also require eliminating the race, class and gender inequities, as well as the discrimination and structural violence, that have promoted and maintained the distribution of HIV in the USA, and that will, if unchecked, continue to fuel the epidemic in the future.”

They authors note that almost a quarter of all people diagnosed with HIV in the U.S. are women, and HIV suppression among women varies by region and, within regions, by race. These differences reflect women’s access to care; social and economic forces; and the adequacy and distribution of public health efforts and resources — all of which result from political and economic decisions.

In addition, there are distinct subgroups of women with HIV, including those who are of reproductive age, older women and transgender women. Each subgroup has unique experiences and challenges.