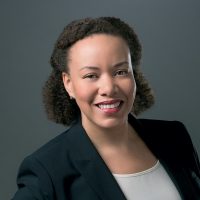 Dana Weston, MHA, FACHE, is the president and CEO of UNC Rockingham Health Care in Eden, North Carolina. An alumna of the Department of Healthcare Policy and Management at the UNC Gillings School of Global Public Health, she has held her current role since 2015.

“[Dana] guided the former Morehead Memorial Hospital through bankruptcy, preserving 550 jobs,” reads her profile in the Triangle Business Journal, which named her a ‘Most Admired CEO’ of 2019. “She didn’t wait until the doors of the hospital were closed, but instead made her move when she still had resources in hand to operate for an extended time. Since January 1, 2018, she has reduced costs by $4 million, recruited four new providers and expanded services to the people of Rockingham County.”

Weston has a long track record of proven success. She also is the 2019 recipient of the UNC Gillings School’s Alumni Leadership Award and, in 2018, she was named Young Healthcare Executive of the Year by the National Association of Health Service Executives. In 2017, she was chosen as one of the Triad’s 40 Under 40 by the Triad Business Journal.

Originally from St. Louis, Missouri, Weston’s first job was working at a daycare center when she was 14 years old. Since then, she has studied neuroscience and behavioral biology at Emory University, earned a Master of Healthcare Administration degree from the Gillings School and completed a fellowship at Duke University Hospital. She went on to work at Novant Health for about eight years before taking her current position, which has involved learning how to keep physicians and staff “engaged with their heart” in the face of burnout.

“If you had asked me what’s next five years ago, I wouldn’t have said CEO and I wouldn’t have said CEO of a struggling rural hospital,” Weston told BusinessNC earlier this year. “I feel like I was brought here for a reason, a purpose, and while we’re closer to that being achieved, we’re not there yet. The goal remains the same: to figure out what model for UNC Rockingham is sustainable.”