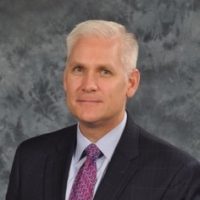 NCIPH, housed within the UNC-Chapel Hill Gillings School of Global Public Health, is the cornerstone of the School’s outreach and practice efforts. Team members train the state’s public health workforce and facilitate collaborative solutions to population health challenges in North Carolina and beyond.

“Doug’s recruitment is a tremendous plus for NCIPH,” said Barbara K. Rimer, DrPH, dean and Alumni Distinguished Professor at the Gillings School. “He comes with a strong understanding of local public health, several parts of the state and North Carolina as a whole. His leadership is reflected in the positions he has held; his expertise in such areas as visioning, changing to meet the needs of 21st century public health and Public Health 3.0; and having served as president of the N.C. Association of Local Health Directors. He is committed to inclusive excellence and to adapting the outstanding NCIPH to the changing needs and landscape of North Carolina.”

Urland has been a local health director in North Carolina since 1995, serving in Greene, Caldwell and Catawba Counties. He also has worked as a facility director for Skill Creations, Inc., a company that provides services to individuals with intellectual and developmental disabilities; worked in case management with the United States Department of Justice’s Federal Bureau of Prisons; worked in personnel management for the U.S. Department of Health and Human Services; and taught classes as an adjunct instructor at Lenoir-Rhyne University in Hickory, N.C.

“I have known Doug since he began his public health career as a local health director,” said Leah McCall Devlin, DDS, professor of the practice of health policy and management at the Gillings School and former state health director for North Carolina. “Since that time, he has emerged as one of our state’s strongest and most innovative leaders! Doug has the perfect mix of experience, training and interpersonal skills to lead our Institute for Public Health into a dynamic future in partnership with many others working to improve health in our state.”

Presently, Urland is working toward a Doctor of Public Health degree in health policy and management at the Gillings School — he expects to complete the program in 2020. He holds a Master of Public Administration degree from American University and a Bachelor of Arts degree in political science from Lenoir-Rhyne University, where he was inducted into the Pi Sigma Alpha-National Political Science Honor Society.

“Through my various experiences as a local health director and doctoral student, I have had the opportunity to engage with and learn from the outstanding faculty and staff at the Gillings School of Global Public Health,” Urland said. “I look forward to working with the fine group of dedicated professionals at NCIPH as, together, we strengthen the bridge between public health academics and practice; enhance existing partnerships and create new ones; and build upon our data-driven, evidence-based solutions and innovations to positively impact the health of all communities in our state and beyond.”

Urland succeeds Steve Marshall, PhD, professor of epidemiology in the Gillings School and director of the UNC Injury Prevention Research Center, who has served as interim director of NCIPH since January 2019.