A collaboration between researchers at the University of North Carolina at Chapel Hill Gillings School of Global Public Health, RTI International and the UNC School of Medicine has resulted in the first study to assess and compare United States travelers’ knowledge levels about the Zika virus across three regions: at-risk states, other states and Puerto Rico. 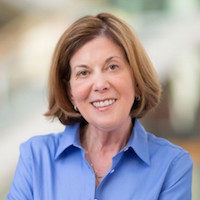 With support from RTI and UNC Gillings’ leadership, that discussion led to the assembly of a collaborative team that would conduct a rigorous scientific survey about the U.S. public’s knowledge and perceived risk of the Zika virus. At that point, data regarding the public’s knowledge and behaviors related to the Zika virus were very limited, and the virus was causing severe illness across Puerto Rico, South America and the Caribbean. 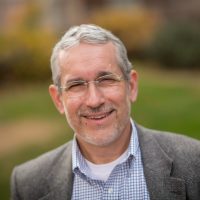 “Zika virus is a truly unique agent of disease,” said study co-author James Herrington, PhD, professor of health behavior and executive director of emerging partnerships at the Gillings School. “It can be transmitted to humans through the bite of female mosquito vectors Aedes agypti and Aedes albopictus – species common in the warmer U.S. latitudes. Our goal with this study was to understand whether the knowledge levels, perceptions of personal risk and intentions to practice prevention behaviors differed among travelers living in Puerto Rico, states affected by or at-risk for Zika, and other states outside the estimated range of the mosquitoes that transmit Zika virus.”

An article on the study findings, titled “Zika Virus Prevention: U.S. Travelers’ Knowledge, Risk Perceptions, and Behavioral Intentions – A National Survey,” was published online May 7 by the American Journal of Tropical Medicine and Hygiene. 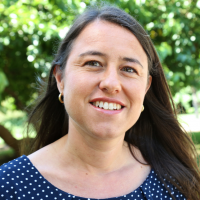 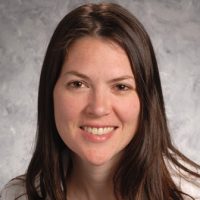 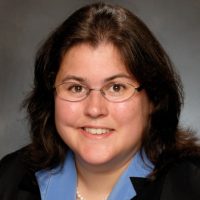 Squiers was lead author of the study, and co-authors from the Gillings School, included Herrington as well as Sylvia Becker-Dreps, MD, associate professor in UNC’s departments of epidemiology and family medicine, and Lola Stamm, PhD, associate professor of epidemiology. Other co-authors from RTI were Bridget Kelly, PhD, and Mihaela Johnson, PhD, both health communication scientists, Carla Bann, PhD, an RTI fellow in statistics and psychometrics, and McCormack.

“Many viruses are spread through the bite of mosquitoes,” Squiers explained. “However, Zika virus is unique because it also can be transmitted through sex, from a pregnant woman to her baby and through blood transfusions. What is most alarming about Zika is that it can cause birth defects if a pregnant woman passes the virus to her fetus. It’s extremely important that pregnant women not travel to areas that have local transmission of Zika virus. Pregnant women, partners of pregnant women and couples considering getting pregnant should know how to prevent Zika infection both during and after travel.”

To explore the public’s awareness of these risks, the co-authors used an internet research panel to survey 1,202 individuals living in the continental U.S. and Puerto Rico. The survey showed that more than 80 percent of respondents understood that a person could acquire the Zika virus through a bite from an infected mosquito. More than 64 percent knew that a pregnant woman could pass the virus to her fetus. Less than half of the respondents from at-risk states and other states knew that Zika could be transmitted sexually; however, three-quarters of the respondents from Puerto Rico were aware of this possibility.

In fact, compared with respondents from at-risk and other states, respondents from Puerto Rico were the most knowledgeable for almost all types of knowledge assessed. Still, knowledge about post-travel precautions was low across all three regions, and intentions to practice prevention behaviors varied widely.

For example, less than one-fifth of respondents from all three regions knew that men who had been infected should use a condom for at least six months after being infected, and less than 3 percent knew that women who may have been exposed to the virus should wait two months before trying to get pregnant. These large knowledge gaps point to the need for increased communication about infection prevention, both before and after travelers’ visits to Zika-affected areas. (For more information about travel and the Zika virus, visit wwwnc.cdc.gov/travel/page/zika-information.)

On the heels of this study, researcher Nadja Vielot, PhD, 2017 alumna of the Gillings School and current postdoctoral research associate with UNC’s Department of Family Medicine, wanted to answer a different question using the same dataset. Working with the aforementioned research team, she co-authored a second article, also published by the American Journal of Tropical Medicine and Hygiene.

Titled, “United States Travelers’ Concern about Zika Infection and Willingness to Receive a Hypothetical Zika Vaccine,” this research represents the first study to explore the likely uptake of a prophylactic Zika vaccine that currently is under development.

The survey results revealed that travelers to Florida and/or Texas reported less concern about Zika infection than travelers to other destinations – like Puerto Rico – but these two groups were equally willing to receive a Zika vaccine. Female gender, Hispanic ethnicity and a history of discussing Zika with medical professionals were some of the predictors that increased concern about infection, which in turn led to a greater willingness to vaccinate.

“We found that nearly one-half of respondents were willing to receive a vaccine for Zika virus,” said study co-author Becker-Dreps. “People’s level of concern about Zika had the greatest influence on their vaccine willingness.”

Based on these findings, the researchers suggested that targeted communications could help educate travelers and generate greater vaccine demand, particularly among individuals traveling to Zika-affected destinations and women who are pregnant or may become pregnant.

Taken together, the two sets of findings from this rapid-response survey represent a fruitful collaboration between the University and RTI.

“We’re working to build a research infrastructure so we can respond even more quickly to future opportunities like this,” Squiers said. “In addition to learning about Americans’ awareness of Zika and their willingness to vaccinate against it, we also learned that UNC and RTI can quickly develop research projects in response to emerging public health issues and crises.”