Thousands of DNA variants may contribute to common diseases by affecting how well a gene is expressed, but the identity of these variants is unknown.

To address this problem, the National Institutes of Health are providing approximately $185 million over five years to the Impact of Genomic Variation on Function (IGVF) Consortium, which is composed of 25 awards across 30 United States research sites. IGVF consortium investigators will work to understand how genomic variation alters human genome function, and how such variation influences human health and disease.

The proposed UNC-led $9.25 million study will take place over five years, spearheaded by Hyejung Won, PhD, assistant professor in the UNC Department of Genetics. The study will identify specific DNA variants that alter gene expression level to influence risk of disease. Specifically, researchers will determine whether variants act differently in males and females; in the brain, liver, muscle, lung and heart; and in or out of an inflamed environment.

“As members of the IGVF Consortium, we will generate a regulatory variant catalog for the community and enable future studies through our data collection and predictive models,” said Won, a member of the UNC Neuroscience Center. “The ultimate goal of the Consortium is to identify new targets to treat common diseases.” 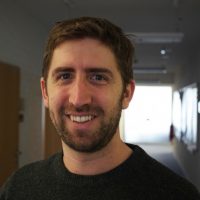 Thousands of genetic loci — specific locations on chromosomes — are associated with human traits or disease risk, and each of these loci typically contain tens to hundreds of variants. Most of the variants are non-coding and lack direct evidence of effects on genes. Experimental tests of genomic variants are needed to identify functional effects, which can be specific to one sex, tissue and/or perturbed environmental context, such as inflammation, a hallmark disease state.

Read the announcement of the IGVF grants from the National Human Genome Research Institute.