UNC Gillings: the number one public school of public health in the US

Once again, the University of North Carolina at Chapel Hill’s Gillings School of Global Public Health was ranked by peer leaders as the number one public school of public health in the United States — and number two overall.

The rankings were published March 30 by U.S. News and World Report. 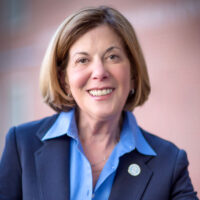 “We are honored and humbled to be ranked by our peers as the number one public school of public health and second overall,” said Barbara K. Rimer, DrPH, dean and Alumni Distinguished Professor at the Gillings School. “This ranking reflects our faculty, staff, students, alumni, donors and friends’ commitment to improving public health and eliminating health inequities across North Carolina and around the world through our research, education and practice. We would not be a top school without strong support from the University and state of North Carolina. We do not take our ranking, or the support given to us, for granted, and we seek to earn our reputation every day.”

This marks the fourth consecutive rankings period in which UNC Gillings was ranked second overall and the number one public school of public health by the magazine. In the previous edition of the rankings, the Gillings School was tied for second place; in the new 2022 edition, Gillings stands alone in second position.

“In the past year, in which the world has experienced the worst pandemic since 1918, people across the School and many alumni have risen to the challenge — contributing to basic understanding of the virus, developing vaccines and treatments, creating disease transmission models, influencing policies, and helping to overcome barriers to testing and vaccination,” Dean Rimer said. “Still, the pandemic has exacerbated inequities locally and globally. In 2019, we adopted an Inclusive Excellence Action Plan that is guiding our efforts to be more diverse and inclusive at the Gillings School. Our focus on acceleration, equity, accessibility and real-world impact are making a positive difference.” 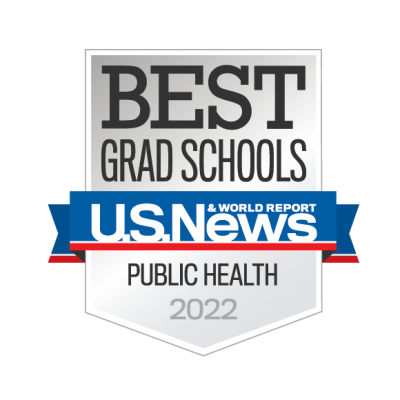 The Gillings School has been ranked among the top schools and programs of public health by U.S. News since the magazine first ranked public health schools in 1987. The rankings usually are conducted every three years. For this round, with the pandemic illuminating the importance of public health, U.S. News reduced the time between rankings.

Rankings results are based on peer assessment surveys sent to deans and other administrative leaders at all Council on Education for Public Health-accredited schools and programs of public health. Each of the 188 schools and programs included in the 2022 rankings was judged on overall academic quality using a scale of outstanding to marginal.

“While schools and programs compete on rankings, we are united in our commitment to improve the public’s health in the U.S. and around the world,” said Dean Rimer. “Public health never has been more important than it is right now.”