Every year, the UNC Gillings School of Global Public Health funds research into cutting-edge solutions to the world’s most urgent public health issues through the Gillings Innovation Lab (GIL) awards. GILs are innovative research projects, interdisciplinary across the Gillings School, and often involve partnerships with governments, non-profits and non-governmental organizations (NGOs) both in the United States and abroad. 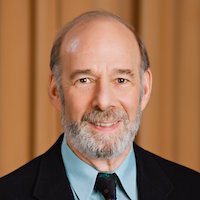 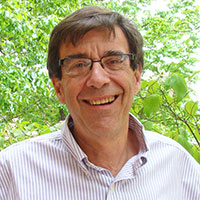 The WaterSHED NGO in Cambodia, which spun out from one of the initial GILs, is moving leadership of the enterprise to the Cambodian government, having successfully done its work. WaterSHED uses a systems approach to make water, sanitation and hygiene (WaSH) markets work better for everyone.

The project started in 2007, when Sobsey received a $35,000 GIL award that later led to an $8.5 million USAID-funded startup to make and sell ceramic water filters. Started in 2009, the NGO has been progressively handing over its main activities to the government so that they can be institutionalized and scaled nationally. Several Gillings School students were involved in the project, including Joe Brown, PhD, who is now an associate professor in the Department of Environmental Sciences and Engineering.

UNC involvement in WaterSHED ended in 2016, and a full strategic exit took place in June 2021. Don Holzworth, MS, entrepreneur in residence at the Gillings School, was an effective adviser throughout, and Joan Gillings was able to visit the water filter plant and local affiliated sites in 2011.

Aquagenx, which spun out of Sobsey’s second GIL, sells compartmentalized bag tests (CBT). These are easy-to-use water quality test kits used primarily in the developing world to detect the presence of E. coli bacteria. The CBT has become well known by NGOs and governments concerned about water quality in low-resource environments. This success has led to other tests being offered, as well.

Sobsey retired in 2018 after four decades of teaching, research and innovation that contributed to improved environmental health around the world. 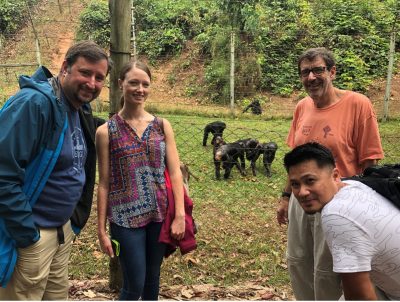 Meshnick, a renowned epidemiologist from the Gillings School who passed away in 2020, mentored UNC School of Medicine faculty Peyton Thompson, MD, and Jonathan Parr, MD, MPH, on his most recent GIL award, “Arresting Vertical Transmission of Hepatitis B” (AVERT-HBV). This study demonstrated the feasibility of providing hepatitis B virus (HBV) testing and treatment for pregnant women, as well as birth dose vaccination for HBV-exposed infants to prevent mother-to-infant transmission of the virus in the Democratic Republic of the Congo (DRC). It built upon the framework of an existing HIV prevention of mother-to-child transmission (PMTCT) at two maternity centers in Kinshasa and was the first HBV PMTCT study in the DRC. This prevention framework is standard-of-care in high-income countries such as the U.S., but it is not widely implemented in low- and middle-income countries such as the DRC, where the prevalence of HBV remains unacceptably high and leads to devastating complications of cirrhosis and liver cancer.

These study findings impacted policy change surrounding HBV prevention in the DRC. Together with a Kinshasa-based study team, representatives from the World Health Organization, the Centers for Disease Control and Prevention, and a local vaccine implementation organization, the UNC-based GIL researchers formed a delegation that argued for universal birth dose vaccination in the DRC based on findings from this study. The Ministry of Health supported the proposal to implement birth-dose HBV vaccination in the future national strategy for hepatitis prevention.

The AVERT study has led to three manuscripts in progress and two spin-off studies totaling nearly $500,000, through which Thompson and Parr are supporting six trainees. The first spin-off study, a birth dose immunogenicity (BDI) study, follows infants from the AVERT study through 12 months of age to evaluate their immune response to HBV birth-dose vaccination. The second, called “Horizontal and Vertical Transmission of HBV” (HOVER), is a cross-sectional study of household transmission of HBV in Kinshasa. The purpose of the HOVER study is to determine whether vertical (mother-to-child) or horizontal (person-to-person within households and communities) transmission predominates in Kinshasa, DRC. This study is protecting HBV-exposed household members by providing HBV vaccination free of charge.

Through these studies, the team hopes to gain a better understanding of HBV transmission in the DRC so that appropriate prevention strategies can be implemented, with the goal of HBV elimination in the country.

Meshnick’s leadership and mentorship were critical in the UNC-DRC research partnership for nearly 20 years. His impact and legacy have been most apparent in the field of malaria epidemiology in the DRC, an area of study for which he also received a GIL in 2012. The work established him as a leader in the field of spatial epidemiology of malaria and provided a stepping stone for further projects that eventually led to the development of the AVERT study.

Meshnick’s legacy reaches beyond the DRC. On his recommendation, recent COVID-19 GIL awardee Noel Brewer, PhD, Gillings Distinguished Professor in Public Health, was able to connect with Thompson to fuel collaboration for Brewer’s GIL, “Getting Pediatric Vaccination Back on Track in the United States,” which addresses vaccination drop-off during the pandemic. He recognized the power of bringing together people from different departments and disciplines to strengthen innovative public health solutions.