A student and two recent graduates of the UNC Gillings School of Global Public Health have received Fulbright United States Student Program awards, announced by the U.S. Department of State and the J. William Fulbright Foreign Scholarship Board. The recipients are doctoral student Melissa Stockton and Bachelor of Science in Public Health graduates Erin Danford and Abigail Gancz.

The three UNC Gillings scholars will join 20 other UNC-Chapel Hill students and graduates — and more than 2,100 U.S. citizens — who will study, conduct research or teach abroad during the 2019-2020 academic year. The Fulbright Program is the nation’s flagship international education exchange program, operating in more than 160 countries, and is designed to increase mutual understanding between the people of the United States and international communities.

Melissa Stockton, a doctoral student of epidemiology, is working in Malawi to assess the validity of depression screening tools among patients beginning HIV care. 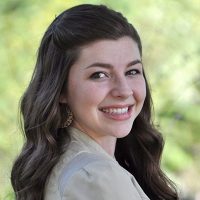 Erin Danford, who earned a Bachelor of Science in Public Health in environmental health sciences, will conduct a research project assessing public and private initiatives to recycle plastic waste in Freiburg, Germany.

Abigail Gancz, who earned a Bachelor of Science in Public Health in biostatistics, has been awarded the UK-Partnership Award in the field of archaeology at Durham University in England. 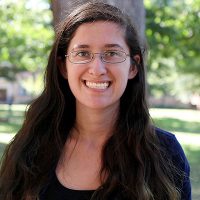 Since its establishment in 1946 under legislation introduced by the late U.S. Senator J. William Fulbright of Arkansas, the Fulbright Program has given approximately 380,000 students, scholars, teachers, artists and scientists the opportunity to study, teach and conduct research, exchange ideas and contribute to finding solutions to shared international concerns.

For further information about the Fulbright Program or the U.S. Department of State’s Bureau of Educational and Cultural Affairs, please visit eca.state.gov/fulbright.