Since the start of the pandemic, people in jail have faced an inequitably high risk of SARS-CoV-2 infection.

Overcrowding and lack of hygiene supplies have left jail populations particularly vulnerable to outbreaks, while frequent population turnover has made it difficult to prevent and track the spread of new variants. In addition, racial incarceration disparities and frequent COVID-19 cases in jails further contribute to longstanding racial health inequities.

These challenges are compounded by unique public health issues in the southeastern United States, where COVID-19 rates have been higher and vaccination rates have been lower than in other parts of the country. Jails are often operated by county agencies, unlike prisons, and have no centralized system to report rates of infection or vaccination among their populations and staff. This makes it extremely difficult for researchers and public health agencies to understand how the pandemic is impacting jails and create data-driven response strategies.

Jail systems play a complex role in American society, and these pandemic challenges are evidence of how much public health relies on institutional support. As newly published research from Carolina experts in the American Journal of Public Health suggests, the solutions that could have the strongest impact on the health of people who are incarcerated often run into strong structural roadblocks. 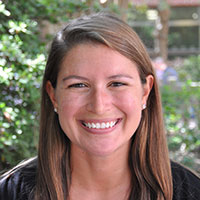 “We found low testing coverage and variable use of SARS-CoV-2 mitigation strategies in county jails across the U.S. Southeast from October 2020 to May 2021,” said co-author Sara Levintow, PhD, assistant professor of epidemiology at the UNC Gillings School of Global Public Health. “These challenges in implementing control measures shed light on the disproportionate COVID-19 burden observed in jail populations – groups that are structurally marginalized and already experience a higher prevalence of other health conditions.”

This new study is the first to examine SARS-CoV-2 mitigation, testing and cases among jails in the South and one of the first to study them in a variety of jail types and sizes. It was conducted during the first year of the pandemic by an interdisciplinary team of UNC researchers from the Gillings School, the Institute for Global Health and Infectious Diseases (IGHID) and the School of Medicine.

A survey of more than 250 jails across Alabama, Georgia, South Carolina and North Carolina found that strategies with low barriers to implementation, such as screening for symptoms at intake, making masks available and limiting off-site transport, were almost universally reported. But strategies with higher barriers to implement, including requiring masks, testing for infection, enforcing quarantines and isolation, and reducing jail population size, were less common and varied depending on the size of the jail and space constraints.

Among jails surveyed, more than 40% had not performed any SARS-CoV-2 testing in the past month, and testing rates were low even among those that had reported testing. In the 59% reporting any tests in the past month, most of that testing was symptom driven. Asymptomatic testing and testing upon release were particularly uncommon.

Although most jails reported that testing in the past month had detected few or no SARS-CoV-2 cases, there were notable exceptions where most tests were positive, particularly in Ala. and Ga. Test positivity was lowest for jails in N.C. and S.C. and those with 50 or fewer people.

The authors say the findings are similar to previous research from jails in other parts of the U.S.

“Although we anticipated barriers to SARS-CoV-2 testing at jails, we did not expect rates to be this low,” Levintow said. “These findings highlight an unmet need for greater testing in jails and the importance of dedicating resources to this effort. Given the constant population churn in jails, improving our ability to detect infection and reduce transmission in these settings will directly protect incarcerated populations and confer indirect benefits to the general population.

According to the research team, these findings have motivated an ongoing research study using mathematical models to simulate the spread of SARS-CoV-2 infection in county jail populations in N.C. The study will also estimate the impact of interventions on COVID-19 morbidity and mortality in these settings.

An editorial accompanying the study suggests that the findings point to a larger need to rethink the role of jails and the carceral system in American society.

“For the 10 million people who pass through jails this year,” said editorial author Kathryn Nowotny, PhD, “effectively implementing evidence-based infectious disease mitigation strategies is the least we can demand.”