Taking too many medications may increase frailty in older adults

Older adults frequently take multiple medications to treat different health conditions. New research findings suggest, however, that polypharmacy – commonly defined as the simultaneous use of five or more medications – may contribute to frailty, which can leave older adults more vulnerable to worsening health outcomes, including hospitalizations, falls, disability and death.

The study, “Polypharmacy and Incident Frailty in a Longitudinal Community-Based Cohort Study,” was published online October 24 in the Journal of the American Geriatrics Society. 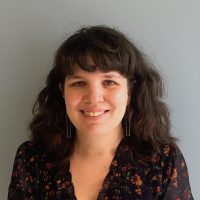 Lead author Shahar Shmuel, a doctoral student in the UNC Gillings School of Global Public Health’s Department of Epidemiology, says the intersection of polypharmacy and frailty is a bit of a “chicken-or-egg” scenario in which it is difficult to determine whether the cumulative impact of multiple medications causes declining health in older patients, or if their declining health necessitates multiple medications to manage symptoms and conditions.

“Many previous studies looking at the association between polypharmacy and frailty have been cross-sectional, creating some ambiguity about which came first,” says Shmuel. “We aimed to address that with a longitudinal study in which we initially screened individuals for frailty status and then followed non-frail individuals over time to see if they developed frailty.”

Working with adults aged 50 to 95 who reside in Johnston County, North Carolina, the researchers examined the number of prescription and over-the-counter medications taken by study participants and recorded the presence of polypharmacy (taking five to nine medications) and excessive polypharmacy (taking more than 10 medications). Participants also were classified as robust, pre-frail or frail at two consecutive study visits. This allowed the researchers to characterize both established and new cases of frailty and to assess the association between polypharmacy and frailty.

Study analysis showed that the risk of developing frailty over time among individuals taking 5+ medications was 1.4 times the risk among those taking four or fewer medications.

Out of 1,697 adults, more than half were taking five or more medications at the start of the study, with 41% using five to nine and 16% using ten or more. (Of this group, 21% were already classified as frail and were excluded from the rest of the study.) Over an average of 5.5 years, 15% of the remaining non-frail participants became frail.

Shmuel says this study underscores the need for clinicians and pharmacists to periodically review patients’ medication lists for medications that may be unnecessary or have the potential for harmful interactions. She also hopes these findings will prompt thoughtful de-prescribing interventions aimed at reducing the prescription of medications that may cause older adults to become unnecessarily frail.