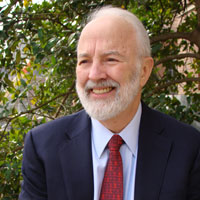 Mexico has some of the world’s highest levels of both childhood and adult obesity, and a new study from The University of North Carolina at Chapel Hill may have identified one of the main culprits – sugary beverages.

The study, titled “Caloric beverages were major sources of energy among children and adults in Mexico, 1999-2012,” was co-led by Barry Popkin, PhD, W.R. Kenan Jr. Distinguished Professor of nutrition at the UNC Gillings School of Global Public Health, and Juan Rivera, PhD, Deputy Director of the Center for Research in Nutrition and Health at Mexico’s National Institute of Public Health, in Cuernevaca, México.The study’s results showed a variety of increases in caloric consumption of beverages within that period.

Some examples of the findings include:

The study was conducted as an epidemiologic (observational) study and utilized two sets of 24-hour diet recalls – one collected from 6,049 individuals in 1999 and the other from 10,343 individuals in 2012 from two nationally representative samples of the Mexican population.

From these recalls, the researchers determined consumption of 17 different types of beverages categorized by major ingredients and caloric content. For instance, soda was subcategorized as being “regular” or “diet” and water as being “plain” or “flavored.”

In addition, the study included traditional local beverages such as agua fresca. Energy intake (kilocalories/day) and contribution from various beverages to total daily energy intake were then statistically estimated.

The results provide evidence that sugary beverages have been a significant contributor in Mexico to the “nutrition transition” – a phenomenon described by nutrition scientists that links burgeoning industrialization and Westernization to increasing obesity trends and their ensuing negative health implications.

The Mexican government recently has enacted several pieces of legislation aimed at thwarting their county’s escalating obesity. These measures included a 10 percent excise tax on sugar-sweetened beverages as a disincentive for their consumption.

The authors concluded that the Mexican government’s current initiatives to reduce sweetened beverage consumption may act as a critical component in the country’s efforts to curb its obesity epidemic.

The study was published online April 17 in the Journal of Nutrition and will appear in the journal’s June 1 print edition.