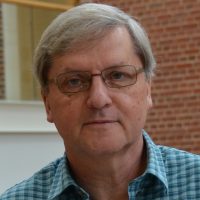 New research represents a significant breakthrough in studying the health impacts of arsenic exposure by using a method of gene replacement to create a humanized mouse model.

In their study, published in August in Environmental Health Perspectives, Styblo and Koller focus on determining whether humanization of the arsenic methyltransferase (As3mt) gene in mice creates a human-like pattern of inorganic arsenic (iAs) metabolism. Methylation of inorganic arsenic is essential for removing it from the body, yet wild-type mice, the standard mouse model used in labs, are naturally much more efficient than humans in how they metabolize and detoxify arsenic. This means mice are less susceptible to some of the adverse effects of arsenic exposure. The humanized mouse model metabolizes arsenic as inefficiently as humans and is therefore expected to be as sensitive as humans to arsenic toxicity.

“We show that, in some cases, when a particular toxicant is metabolized differently in humans and mice, a better mouse model can be created by replacing the mouse gene responsible for metabolism of the toxin with the corresponding human gene,” Koller said.

The humanized mouse models developed by Styblo, Koller, and their team will allow researchers to study arsenic-associated diabetes — and other diseases linked to arsenic exposure — in mice that metabolize arsenic the same way as humans. This is important because arsenic metabolism is a key factor in determining the susceptibility of a given individual to arsenic toxicity.

“This mouse model will allow us to study the diabetogenic effects of arsenic and the underlying mechanisms at environmentally relevant levels of exposure and in the context of human-like metabolism of arsenic,” said Styblo.

There is increasing debate regarding the usefulness of mice in determining health risks associated with environmental toxins. Most studies to date have utilized a limited array of inbred mouse lines, which are not useful models for studying how genetic diversity affects human diseases, such as those arising from chronic arsenic exposure. This limitation has been addressed in research led by Fernando Pardo Manuel de Villena, PhD, chair and professor in UNC’s Department of Genetics and leader of the UNC SRP’s Project 2. He led the the development of the Collaborative Cross, a genetically diverse population of mice with different capacities to metabolize iAs. This new study demonstrates the incredible potential of using such genetic engineering to improve the translational value of toxicological studies in mice.

Rebecca Fry, PhD — Carol Remmer Angle Distinguished Professor in Children’s Environmental Health with the Gillings School’s Department of Environmental Sciences and Engineering and director of the UNC Superfund Research Program — said: “This novel humanized mouse model is pioneering work in the field of toxicology. It paves the way for scientists around the globe to more accurately predict arsenic toxicity in humans.”