In 2016, child protective services (CPS) agencies in the United States received an estimated 4.1 million allegations of abuse or neglect involving 7.4 million children. Childhood maltreatment has long been linked with poor outcomes across the entire life span, from poor emotional and social functioning to mental health and substance use disorders to chronic conditions such as asthma, diabetes and obesity.

Previous research suggests that a report made to CPS for suspected maltreatment is a marker of child risk and vulnerability — regardless of whether the report is screened or what the outcome is. A new study delves deeper into this connection from a public health perspective, analyzing the individual- and family-level factors associated with different patterns of CPS contact among families in Alaska. 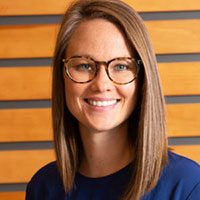 Anna Austin, PhD, is a recent doctoral graduate of the UNC Gillings School of Global Public Health. She works as a research scientist at UNC’s Injury Prevention Research Center, and she is first author of the paper “Trajectories of child protective services contact among Alaska Native/American Indian and non-Native children,” published in the September issue of Child Abuse & Neglect.

Her primary research goal was to investigate the specific timing of CPS contacts made between birth and five years of age, as this stage is critical in establishing a healthy physical and emotional foundation for the rest of a child’s life.

“Alaska is an important context for examining CPS contact, as the rate of maltreatment allegations received by CPS agencies in Alaska is considerably higher than the national average,” Austin explains. “In addition, there are demonstrated differences in CPS contact between Alaska Native/American Indian children and non-Native children in Alaska that we wanted to further explore.”

The researchers looked into multiple risk factors for childhood maltreatment, including maternal age and education at childbirth, and different stressors experienced by mothers in the 12 months before childbirth, such as homelessness, divorce and job loss. Ultimately, they found that maternal substance use has the largest impact on when and how often CPS contact a family, marking this concern as a top target for public health interventions.

Additionally, modelling analysis revealed differences in CPS contact among Alaska children. CPS contact in the first five years of a child’s life was more common among AN/AI families than non-Native families (40.1% versus 15.8%). Substance use and a total of less than 12 years of education were about twice as common among AN/AI mothers, and these mothers were also more likely to experience emotional and traumatic stress.

As for the timing of reports made to CPS, more AN/AI children than non-Native children experienced contact during early childhood, and they were more likely to experience repeated contacts as they aged.

“There are multiple potential explanations for the higher likelihood of CPS contact among AN/AI compared to non-Native children,’ the researchers write, “including institutional and detection bias and differing distributions of risk factors such as poverty and substance use disorders. Importantly, experiences of intergenerational and collective trauma among the AN/AI population in Alaska are reflected in, and contribute to, the disproportionate exposure to various risk factors among AN/AI compared to non-Native children.”

Further research is needed, they conclude, but it seems likely that the integration of substance use assessment and treatment services into preconception and prenatal care could help prevent the need for child welfare involvement.