A new study that includes findings from researchers at UNC-Chapel Hill indicates that mid- to long-duration exposure to ambient particulate matter in air pollution is associated with increased inflammatory responses in 165,675 geographically and ethnically diverse participants across the United States. This research supports an already established connection between exposure to particulate matter and an increased risk of cardiovascular disease. 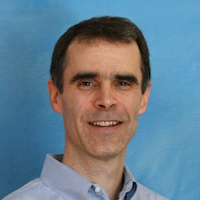 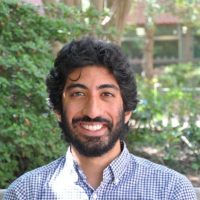 Rahul Gondalia, PhD, MPH, research collaborator and former doctoral student in the Department of Epidemiology at the UNC Gillings School of Global Public Health, is first author on an article published recently in Environmental Health Perspectives, titled “Leukocyte Traits and Exposure to Ambient Particulate Matter Air Pollution in the Women’s Health Initiative and Atherosclerosis Risk in Communities Study.” Associate Professor of Epidemiology Eric Whitsel, MD, MPH was the senior author of the study.

The link between cardiovascular disease and particulate matter – small liquid and solid particles found in air pollution – is well known, but the pathophysiology is still not fully understood. These particles are typically so fine that they are easily inhaled and can sometimes travel into the bloodstream. The U.S. Environmental Protection Agency (EPA) has established standards for exposure to the two most common forms of particulate matter, PM10 (inhalable particles less than 10 microns in diameter) and PM2.5 (inhalable particles less than 2.5 microns in diameter), in its National Ambient Air Quality Standards (NAAQS).

Building off previous research, Gondalia’s team estimated associations of white blood cell (leukocyte) traits with short- to long-duration exposure to ambient PM2.5, PM10, and coarse particulate matter (PM2.5-10) in participants enrolled in the Women’s Health Initiative (WHI) and the Atherosclerosis Risk in Communities (ARIC) study. Both the WHI and ARIC study are population-based, prospective cohort studies involving geographically, environmentally and racially diverse populations. Both also collected leukocyte count data in participants several times over the course of the study, as well as leukocyte DNA methylation data in a subset of participants, which was used to estimate leukocyte composition.

Leukocyte traits are important to examine in these studies because an increase in white blood cells is indicative of a systemic inflammatory response in the body. This response is often a key pathophysiologic feature linked with cardiovascular disease risk.

The study, which estimated ambient particulate matter exposure among participants using EPA monitoring data, produced results that suggest mid- to long-duration (between one-month and one-year) average exposure to ambient PM2.5 concentrations even below EPA NAAQS standards may be associated with higher white blood cell counts. It is the first study of its kind to examine this association in such a geographically broad and ethnically diverse population. It is also the first to use compositional data analysis methods to estimate the association between ambient PM2.5 concentrations and leukocyte composition.

“This study highlights that chronic exposure to fine particulate matter at levels lower than current U.S standards are associated with higher leukocyte counts through increases in granulocytes – the most abundant type of white blood cell,” said Gondalia. “In fact, the magnitude of these associations is on par with those previously observed in studies of cigarette smoking. This is important because, while wildfires and other extreme events often lead to dangerous levels of air pollution exposure in the short term, persistent exposures to low concentrations may also pose a considerable health risk. Moreover, inflammatory responses to particulate matter exposure may help explain the established links between air pollution exposures with cardiovascular disease and mortality.”