Are Americans more likely to wear masks and socially distance if they get that message from a trusted health organization? Yes, according to new research published online August 27 in the American Journal of Preventive Medicine.

The findings reveal that messaging during the current pandemic is more effective when attributed to a health organization rather than the president. 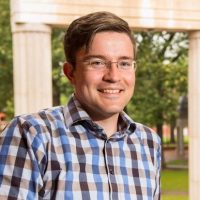 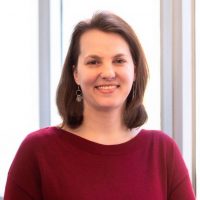 The multi-institution research team was led by Marcella H. Boynton, PhD, an assistant professor at the University of North Carolina-Chapel Hill School of Medicine and an adjunct with two departments in the UNC Gillings School of Global Public Health. The other co-authors are Eastern Carolina University Associate Professor Joseph Lee, PhD, an alumnus of the Gillings School; Professor Howard Tennen, PhD, from the University of Connecticut; and Ross O’Hara, PhD, an independent researcher from Michigan.

From May 31 to June 16, the researchers engaged a diverse group of nearly 1,000 American adults to test the effectiveness of different messages encouraging coronavirus safety measures such as wearing a mask or practicing social distancing. The messages systematically varied, including who was attributed as the source of the message. Participants were either told the messages came from President Donald Trump, the Centers for Disease Control and Prevention (CDC), Trump and the CDC together, a local or state health agency, or no source.

Boynton, who previously has studied how to effectively communicate the health risks of tobacco use, pivoted to this topic after receiving a postcard encouraging citizens to engage in social distancing and other prevention behaviors. Trump’s name was featured prominently on the postcard, and Boynton wondered whether the unusual messaging strategy was more effective compared to a more traditional approach of citing a public health agency or organization as the message source.

She felt the current public health crisis called for research methods like those used with tobacco messaging to identify the best way to get credible, evidence-based COVID-19 prevention messages to the public.

“Linking President Trump to prevention messages seems to work to the detriment of what those messages were trying to do,” she says.

These findings are notable, as public health agencies and news outlets across the United States are working to determine the best strategies to ensure prevention messages are as effective as possible.

“Given the toll of the pandemic, it’s so important to make sure messages are as effective as possible in promoting healthy behaviors,” says Lee. “I’m proud to be part of this project identifying strategies to improve the effectiveness of coronavirus prevention messages.”

The team hopes to complete a follow-up study examining how these types of messages affect people’s engagement in prevention behaviors such as wearing a mask.

“I think behavioral science has a lot to contribute to stopping COVID-19, but so far, its potential has been under-realized and underutilized,” Boynton says. “Until we have better treatments or a vaccine, a big part of stopping the spread of this disease is going to be about changing behavior.”

The study was funded by the Institute for Collaboration on Health, Intervention and Policy, a multidisciplinary research institute based at the University of Connecticut.

This story is based on reporting from the University of Connecticut and Eastern Carolina University.