Black and Hispanic children with Type 1 diabetes have a higher risk of experiencing poorer glucose control over time, a finding that shows minority health disparities in patients with diabetes begins soon after diagnosis.

The findings, “Association of Race and Ethnicity With Glycemic Control and Hemoglobin A1C Levels in Youth With Type 1 Diabetes,” were published Sept. 7 in JAMA Network Open. 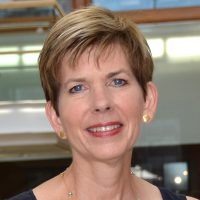 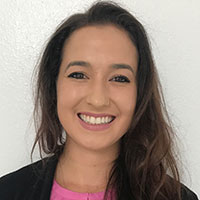 Proper glycemic control in children with Type 1 diabetes is critical to quality of life and the prevention of major compilations from diabetes. This longitudinal cohort study analyzed data from 1,313 individuals under the age of 20 who were newly diagnosed with Type 1 diabetes between 2002 and 2005.

Using results of hemoglobin A1c (HbA1c) tests, which assess mean level of blood glucose over a period of time, researchers identified three groups within the cohort – a group with a low baseline level of blood glucose with mild increases, a second group whose members experienced a moderate baseline level with moderate increases and a third group that had a moderate baseline with major increases over time.

High HbA1c, which is evident in the third group, signals poor glycemic control over time, which puts individuals at a greater risk for complications later in life.

“We worry most about the individuals in the third trajectory group, because this group had much poorer glycemic control at all the time points after they were diagnosed,” said Kahkoska. “We found that nearly half of the individuals that made up that group were nonwhite. Even after adjusting for important variables that might explain that association, such as socio-economic position or differences in diabetes management, we still found that being of black race and Hispanic ethnicity was associated with being part of the high-risk group. That is alarming.”

Mayer-Davis said that it is critical to learn what underlies the disparities they observed.

“This could include implicit biases on the part of those who interact with youth who are dealing with Type 1 diabetes, including health care providers, school staff, social groups or others.”

As a medical student, Kahkoska co-coordinated a free clinic for patients with diabetes in Burlington, N.C., where she began to see these trends in diabetes outcomes among underserved patients. As part her doctoral research, she was interested in using an exploratory approach to modeling data from a large cohort study to see whether the numbers would add up.

“Diabetes management is challenging even when you have all the resources you need,” she said. “It doesn’t take much to make patients vulnerable and at risk for long term complications. It is clear from the shapes of the trajectories that the third group is having a different experience in diabetes management in the early years after diagnosis. These results could open the door to future research to understand and address what factors might explain the associations we found, such as other more nuanced barriers to care or diabetes management.”