A study by researchers at UNC’s Gillings School of Global Public Health offers the first statewide evidence that lesbian, gay and bisexual (LGB) people in North Carolina have poorer health than their straight counterparts in the state.

The disparities are reported in “A Profile of North Carolina Lesbian, Gay and Bisexual Health Disparities, 2011,” published online April 17 in the American Journal of Public Health. 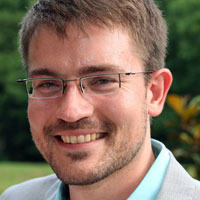 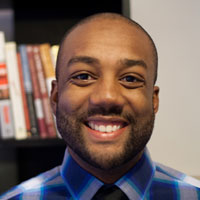 Co-authors Derrick D. Matthews, PhD, recent Gillings School alumnus now in the Department of Behavioral and Community Health Sciences at the University of Pittsburgh’s Graduate School of Public Health, and Joseph G.L. Lee, MPH, doctoral student in health behavior at the Gillings School, noted that collecting data on the health of sexual minorities may be a particularly valuable exercise in the southeastern U.S.

Not only does the south claim a disproportionate share of poor health than do other areas of the country, but many southern states have failed to include LGB people in laws that protect health. In fact, a number of states in the south have adopted anti-LGB policies, including the prohibition of same-sex relationships, which in other parts of the country has been associated with emotional duress and lack of access to health services.

The researchers relied on the statewide Behavioral Risk Factor Surveillance Survey, which began in 2011 to include a sexual orientation identity question, to develop a profile for LGB people in terms of health status, chronic disease risk behavior, injury prevention, screening behavior, health care access and variables in the social environment that can influence health or health behavior.

Through comparing responses of LGB people and heterosexual people who responded to the 2011 survey, the study found, for instance, that:

The researchers were surprised not to observe significant differences in health care access between LGB and heterosexual populations. The lack of policies protecting sexual minorities from employment discrimination, as well as an inability to enroll same-sex partners on health insurance plans throughout much of the state might have suggested disparities in access to care.

“North Carolina has been a leader in looking at health disparities for LGB people in the South, and we need other states in the South to follow our state’s lead,” Lee said. “This study is an important step in documenting health disparities, but we need to translate these findings into programs and policies that improve health. One such resource is QuitlineNC (at 1-800-QUIT-NOW), a free phone service that can help LGB people stop smoking.”

Matthews agreed that the study called for the continued development of programs that benefit LGB health.

“Who you love should not dictate your ability to live a healthy life,” Matthews said.