In a pre-print study submitted to the journal Proceedings of the National Academy of Science, researchers discuss the mortality burden of COVID-19 in South Korea — one of the first countries to report a case outside of China. 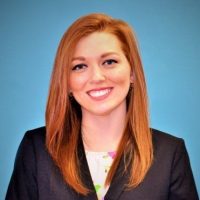 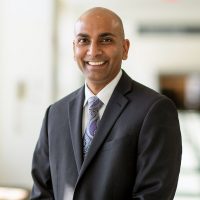 Samir Soneji, PhD, associate professor of health behavior at the UNC-Chapel Hill Gillings School of Global Public Health, was first author on the paper. Caroline Mann, a Master of Public Health candidate in the Gillings School’s health behavior department, was the last author. They posted the paper on the medRxiv pre-print server to speed its dissemination, and the journal shared the submitted manuscript with the World Health Organization (WHO).

To find the age-standardized death rate (ASDR) in the country, the research team collected the number of laboratory-confirmed cases and deaths in South Korea from the World Health Organization and sourced case distribution and fatality rates by age from the Korean Center for Disease Control and Prevention. Then, they modeled possible outcomes based on differing scenarios of increased virus spread.

“We show that if the prevalence of COVID-19 increases to 1% of the South Korean population because of a large outbreak, it would become the third leading cause of death (only behind cancer and heart disease),” Soneji says. “At a prevalence of 3%, it would become the leading cause of death. At a prevalence of 10%, it would exceed the previous top 10 causes of death combined. To put these scenarios in context, the attack rate of the 1918 influenza pandemic was 25% in the United States.”

Fortunately, as of April 21, South Korea has reported only 10,683 confirmed cases and 237 deaths. COVID-19 prevalence remains relatively low, though — as elsewhere — the virus has taken a heavier toll on the elderly.

Finally, as the virus continues to spread on a global scale, the co-authors offer easy-to-use software for public health researchers, government officials and international health organizations to estimate the mortality burden of COVID-19 for other countries based on easily accessible public data.

“The public, media and government health agencies anxiously desire to know the possible mortality burden of COVID-19,” they write. “However, the complex simulation models that estimate mortality outcomes require numerous assumptions and, perhaps more importantly, are inaccessible to most. In contrast, our approach utilizes public data published daily by the WHO along with population-level clinical data that countries already collect. Our approach can be readily applied to other countries and will directly account for differences in the age distribution of populations, which is integral for calculating an accurate mortality burden as infected older adults may be more likely to die from COVID-19.”

Find the full paper — and the modeling methods — on the medRxiv pre-print server.