A new study confirms the extent to which infectious diseases contribute to maternal mortality in Mozambique and the need to increase coverage of maternal health services focused on HIV and malaria. 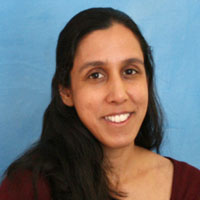 Kavita Singh Ongechi, PhD, research assistant professor in the UNC Gillings School of Global Public Health’s Department of Maternal and Child Health and faculty fellow in the Carolina Population Center’s MEASURE Evaluation program, found that more than 41 percent of maternal deaths in Mozambique could be attributed to HIV and malaria. Her study, “Acknowledging HIV and malaria as major causes of maternal mortality in Mozambique,” was published ahead of print in July in the International Journal of Gynecology and Obstetrics.

Ongechi and her fellow researchers found that prevention and treatment of infectious causes of maternal mortality are key to reducing the number of maternal deaths. Routine prenatal care should include intermittent preventive treatment of malaria, education and distribution of insecticide-treated nets, and HIV counseling and testing.

Joining Ongechi in the study were Allisyn Moran, PhD, of the U.S. Agency for International Development; William Story, PhD, of the Carolina Population Center; Patricia Bailey, DrPH, of FHI 360, in Durham, N.C.; and Leonardo Chavane, MPH, of the Maternal and Child Health Integrated Program in Mozambique.

Just as important as fighting infections, Ongechi and her colleagues found, is access to national and regional data on maternal mortality so researchers can gather accurate information that can contribute to understanding the causes of maternal mortality. Capturing data from at-home or non-facility deaths remains crucial.

Ongechi assessed three national surveys on maternal deaths. The surveys, which included household and verbal autopsy data, were conducted between 2007 and 2011 in Mozambique.

Her study found that strategies for reducing maternal deaths should include HIV testing during antenatal care, promotion of skilled delivery in a health facility and examining the causes of maternal death at a regional or provincial level.

Because HIV and malaria are such significant causes of maternal death, getting more women tested for HIV and providing insecticide-treated nets are crucial to reducing maternal mortality.

Shared information on cause of death and coverage of interventions could enable appropriate maternal health interventions and could help countries in Sub-Saharan Africa recognize and take action against malaria and HIV in an effort to decrease maternal mortality.