For Black women in the southern United States, mistrust of the health care system that is grounded in structural and systemic racism is a key factor affecting participation in HIV prevention and treatment services, according to recently published research in The Journal of the Association of Nurses in AIDS Care (JANAC). 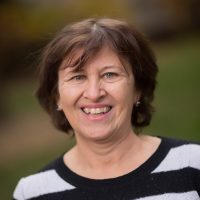 The study features work from Schenita D. Randolph, PhD, MPH, assistant professor at the Duke University School of Nursing, and Carol Golin, MD, professor in the UNC School of Medicine and the Department of Health Behavior at the UNC Gillings School of Global Public Health.

“[Our] results indicate that there are barriers to the utilization of health services that are grounded in personal experiences, historical mistrust for the health care system and systemic racism,” said Randolph. “HIV programs serving Black women should include conversations around structural racism and trust for both providers and patients.”

“Dr. Randolph’s findings are critical because they demonstrate women’s own views of the critical and sometimes subtle ways in which systemic racism can have dramatic effects on African American women’s health through multiple pathways,” said Golin. “This suggests that working to dismantle racism is a fundamental step that is needed to fully address health disparities.”

Disparities in HIV risk are an important public health issue for Black women, particularly in the South. Black women have nearly 20 times the risk of white women in being infected with HIV, the study notes, and lifetime HIV risk is greatest for people living in the southern United States.

Previous research found that for Black women, medical mistrust and perceptions of structural racism and discrimination were critical factors in the development of HIV prevention programs and interventions. The new study further explored those perspectives through a series of focus groups with African American women living in low-income housing communities in one small city in the South.

Participants consistently communicated that concepts related to discrimination, structural racism and medical mistrust had a significant impact on their health care decisions and participation. Such themes include decreased trust in health care advice and instructions, systems and structures placing Black women at a disadvantage, ineffective communication and the need for empowerment in clinical encounters.

“These findings support the importance for health care providers, as well as researchers, to be aware of systematic racism and structural discrimination that may be overt or covert in our health care systems,” Randolph and coauthors write.

Focus group participants voiced a strong preference for HIV-related messaging and programming to be delivered by “trusted individuals or gatekeepers” in the community, whom they viewed as more relatable than health care providers. The findings also highlight the need for careful attention to interpersonal relationships and communication in clinical encounters with Black women.

“Findings on the understanding of Black women’s skepticism of medical providers and systems reinforced and expanded our view of the importance of addressing these trust issues in future HIV prevention efforts with this population,” the researchers write.

“More importantly,” Randolph says, “findings expanded our view of the importance of addressing how our systems that are grounded in historical racism, contribute intentionally or unintentionally to the inequities of care among Black women.”

Critical conversations about structural and systemic racism and health are necessary to begin breaking these deeply ingrained cycles of discrimination.