A new study from researchers at the UNC Gillings School of Global Public Health finds that certain groups of sexual minorities are more likely to experience physical, psychological and sexual violence at the hands of a romantic partner.

Intimate partner violence (IPV) has well-documented links with sexual risk taking, STDs and unplanned pregnancies in heterosexual populations, but few studies have examined IPV among young adults of sexual minorities. Additionally, previous research has focused on victimization but not perpetration of violence. 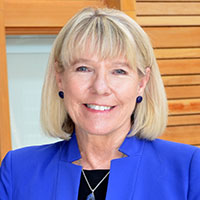 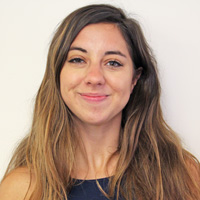 Wanting to fill these information gaps, three researchers from the Gillings School’s Department of Maternal and Child Health are the first to examine IPV perpetration among sexual minorities in a nationally representative sample. Lead author Alison Swiatlo, MPH, is a doctoral student; Nicole Kahn, PhD, is an adjunct assistant professor; and Carolyn Halpern, PhD, is a professor and chair of the department.

Their study, published in the journal Perspectives on Sexual and Reproductive Health, used data on 13,653 women and men ages 24 to 32 years old who participated in the National Longitudinal Study of Adolescent to Adult Health. With insights into so many relationships, the researchers examined associations between sexual orientation and IPV — both victimization and perpetration.

Previous studies estimated the prevalence of IPV among sexual minorities to be anywhere from 11% to 40%, but they generally used convenience samples and collapsed distinct categories of sexual orientation (e.g., “gay,” “lesbian” and “bisexual”) into one group: “sexual minority.” This approach does not capture the full spectrum of sexual orientation nor the unique experiences of these subpopulations.

These findings are especially important when taken in the larger context of health outcomes for people in sexual minority groups. Minority stress theory posits that individuals who do not identify as heterosexual experience stress resulting from stigma, and that stress may breed or exacerbate partner violence and encourage victims to remain silent out of fear of perceived discrimination from sources of help.

The researchers point out that additional studies are needed to tease out the relationships among intimate partner violence, gender and social stratification in sexual minorities. For example, gender and gender expression have already been linked with rates of IPV, with higher scores of masculinity being associated with higher levels of violence among both lesbians and gay men. Lower socioeconomic status is another IPV determinant.

“[Our] findings indicate that some sexual minorities in the United States are disproportionately affected by violence in their romantic relationships,” the co-authors conclude. “In contrast, individuals who identified as homosexual had the same or even reduced odds of experiencing IPV compared with heterosexuals. Identifying the latent mechanisms underlying partner violence among people of all orientations — including any mechanisms that may be unique to sexual minorities — would inform and promote inclusivity in education, prevention and intervention efforts, as well as in policy.”