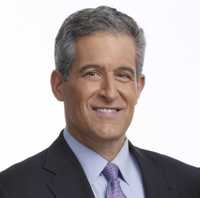 Richard Besser, MD, president and chief executive officer of the Robert Wood Johnson Foundation (RWJF), has accepted an invitation to be commencement speaker at the UNC Gillings School of Global Public Health’s spring graduation, to be held May 11, 2019, at 1 p.m. in UNC-Chapel Hill’s Carmichael Arena.

Besser is the former acting director for the Centers for Disease Control and Prevention (CDC), and ABC News’ former Chief Health and Medical Editor.

In his current position, he leads the largest private foundation in the country devoted solely to improving the nation’s health. The foundation’s work is focused upon building a comprehensive culture of health that provides everyone in America with a fair and just opportunity to live the healthiest life possible.

The author or co-author of hundreds of presentations, abstracts, chapters, editorials and publications, Besser has earned many awards for his work in public health and for his volunteer service. A member of the National Academy of Medicine, he received the Surgeon General’s Medallion for his leadership at the CDC during the H1N1 response, and in 2011, accepted the Dean’s Medal for his contributions to public health from the Johns Hopkins Bloomberg School of Public Health.

He has won two Peabody Awards and two Emmy Awards. His book, “Tell Me the Truth, Doctor: Easy-to-Understand Answers to Your Most Confusing and Critical Health Questions,” was published by Hyperion in 2013.

Besser earned a Bachelor of Arts degree in economics from Williams College and medical degree from the University of Pennsylvania. He completed a residency and chief residency in pediatrics at Johns Hopkins University Hospital in Baltimore. Besser continues to practice as a volunteer pediatrician at the Henry J. Austin Health Center in Trenton, N.J.

“We are so thrilled that Dr. Besser will be the 2019 Gillings commencement speaker,” said Barbara K. Rimer, DrPH, dean and Alumni Distinguished Professor at the Gillings School. “He has been a leader in the private and public sectors, at CDC, at ABC News, and now the Robert Wood Johnson Foundation. Those roles give him a vast view of public health, and I cannot wait to hear his remarks.”

“I very much look forward to visiting with Dean Rimer and with the Gillings School students who will be leaders of tomorrow, especially on one of the happiest days of the academic year,” Besser said. “I know I speak for everyone at RWJF when I say that we are proud of our association with the UNC Gillings School and its work to make public health a top priority in America.”